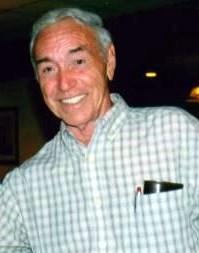 Raymond C. Putman, Jr, 86, passed away on Wednesday, January 19, 2022, suddenly. He was born on November 25, 1935 to the late Raymond C. Putman & Glendon Gantt Putman in Hickory, NC. Along with his parents, Raymond is preceded in death by his wife, Yvonne Putman and his sister, Peggy Jones; and brother, Lee "Put" Rosco Troutman Jr., nephews Patrick Jones and Richard Troutman. Raymond or as some folks called him “Ray” or “Sonny” worked for many years in the small remodeling industry and as a property manager in his later years. He enjoyed hunting and fishing in his younger years. Raymond was also an avid golfer. Raymond is survived by his children, daughter Lori Tate and husband David of South Carolina, son, Todd Putman and wife Amy of Georgia, grandchildren Ryan Tate of West Virginia and Joshua Putman and wife Gina of Georgia; and nephews Philip Jones and wife, Kathy, Rosco Troutman and wife, Carolyn, and niece Gloria Propst and husband, Michael of all North Carolina. The family appreciates the care giving to Raymond by Tonya Tate. A visitation will be held on Thursday, January 27, 2022 from 4:30 until 6:00 p.m. at Hickory Funeral Home. A private family burial will be held at Woodlawn Memorial Gardens.
See more See Less