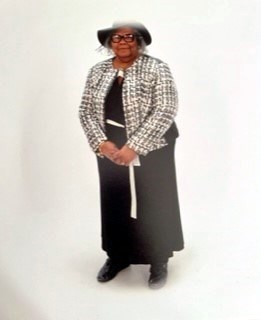 Clara Jackson was born December 31, 1937 to Sarah Lizzie Blackwell and John Wesley Combs in Washington, Georgia. She was the eldest of nine children. Clara excepted Christ at a early age and attend New Salem Baptist Church. Clara graduated from Washington-Wilkes High School in Washington, Ga. After high school she worked briefly in Atlanta, Ga. Where she would give birth to her beautiful baby girl Germaine Blackmon her only child. Clara moved to Houston, Texas where she continued her education at “The Franklin Beauty College”. Clara would later become an entrepreneur and open her own Beauty Shop “LaStronga Hair Hut”. Clara always kept God and her faith at the for-front of her life. She joined Mount Pisgah Baptist Church under the leadership of the late Rev. Frank Anderson. Clara would later become a member of St. Luke Missionary Baptist Church to the late Rev. E.L. Edwards. On September 5, 1980, Clara was United in marriage to Willie Jackson in Houston, Texas a truck driver. They shared twelve beautiful years together before he passed in 1992. He was a devoted husband, father, grandfather, neighbor, and friend. Clara enjoyed life to the fullest and loved all things beauty, hair(color), make up, stylish clothing, shoes, hats, and purses. To know her was to know that. She had a heart of gold. She was friendly and would talk to anyone. Clara enjoyed travel along side her husband Willie. Her pride and joy was raising her granddaughters Kylema and Franshameka. Clara is preceded in death by her loving parents Sarah Lizzie Blackwell and John Wesley Combs, husband Willie Jackson, son Glen Jackson, sister Wilma Ross, three brothers Charlie Blackwell, Andrew Blackwell, and Billy Blackwell, a special cousin Pauline Favors, god-daughter Michelle Watson, and god-son John Franklin Edwards. She is survived by Step-Mother Lula Mae Combs, four daughters Germaine (David) Shirley, Brenda(Melvin), Debra, three son Donnie, Tommy, and Wendell (Dierdrea), three grandchildren Kylema, Franshameka, and David II, three great grandchildren Dezmon, Kylon, and Kiara. Eight sister’s Mary Blackwell, Bernice Blackwell,Katherine Ann Roberts, Nada Williams, Phyllis Hilton, Vivian Heath, Brenda Moore, and Arlesse Edwards, Two brothers Walter Blackwell and Henry Combs, a special cousin Peter “Pee Wee”Stephens, a special nephew Anthony Blackmon, god-daughter Veronica Williams, a god-brother Sonny Seales. A host of niece’s, nephew’s, friend’s and other relatives.
See more See Less

In Memory of Clara Lee Jackson