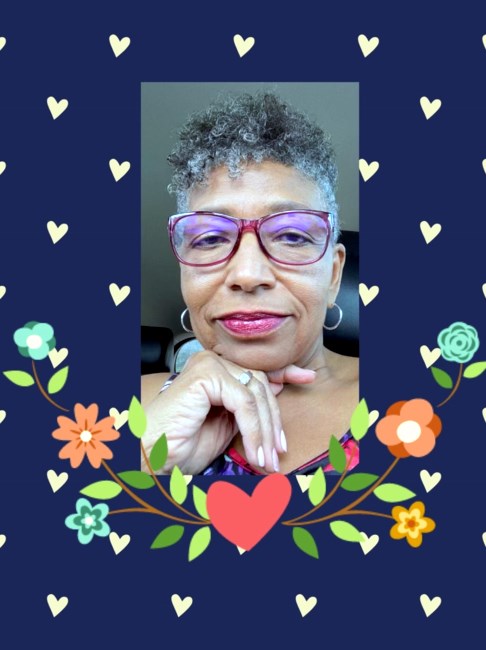 HOMEGOING of Linda Louise Shumpert Huddleston Lopez Linda was born in Tupelo, MS raised in Nettleton, MS the seventh child of Harold Green Shumpert and Mary Louise Breckenridge Shumpert. Linda was a wonderful daughter, a great mother, a loving sister, cousin and friend. She loved everyone, especially children and veterans. They loved her in return as we all did. She was presented to Christ at an early age and joined Palestine United Methodist Church in Nettleton where she remained a faithful member until moving away. She sang in the choir and had a beautiful voice. She attended Nettleton High School where she graduated in May 1973. After graduating, she worked for the Tupelo Housing Authority. She met and married Mac Huddleston; they had one child Courtney (Brandee-Kay). She later met and married Robert Lopez and one child was born from this union, Tiffany. Between the two children 4 grandchildren were born, Little Courtney, and Phoenix Huddleston, Breck Louis Sheldon Lopez, and Marilyn Vivian Rose Billot Lopez. She also adored her bonus children Monica Trevino and Michael Lopez. Linda was preceded in death by her grandparents (Eck & Mama Georgia; Kato & Mary Louise Smith Breckenridge), parents (Harold & Louise), a sister Vivian, and her brother Noble. She leaves to cherish her memories 3 sisters Laquetta Ruff (Mt. Clemens Michigan), Exie (Robert) White, Herticine (John) Goree, and 1 brother Harold Carl (Carolyn) all of Nettleton. In addition to the aforementioned, a host of wonderful nieces, nephews, cousins and friends. If you had the privilege of knowing Linda then you knew you were loved. She was an example of kindness, patience, generosity, love and humor! She helped and valued all creatures big and small. If you ever visited her home, you were received by the lovely sounds of wind chimes, bright beautiful plants, her cherished elephant figurines and a warm genuine hug. You entered an extremely clean house that would wrap you in calm, love, and comfort. Most likely, old cowboy movies were on as she made time to chat and spend quality time with you; always giving sage advice or a humorous anecdote. She will be sorely missed but very fondly treasured in our memories. Linda’s family wishes to extend our sincere thanks to the staff at Sugar Land Methodist Hospital for being our eyes, ears, and hands during her hospitalization.
See more See Less

In Memory of Linda Louise Lopez