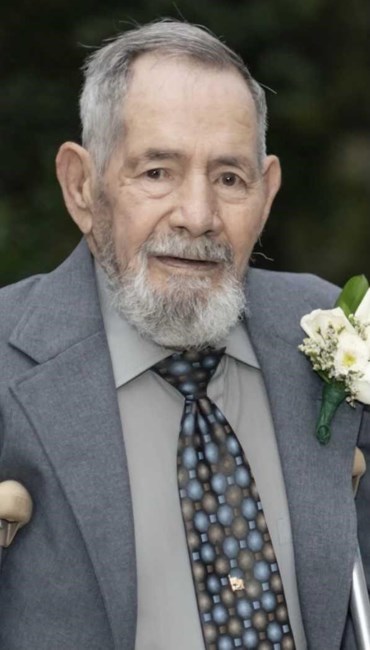 William A. "Fritz" King went to be with the Lord on November 20th, 2021. He was born on June 29th, 1936 in Leon County, Centerville, Texas to John Walter King and Mary Katherine (Wilkins) King. William was a loving husband and father who deeply cared for his family. There was no better father figure or spouse. His loving character made him irreplaceable. William worked many professions to make sure his family never went without, most notably as a Machinist for 18 years in the Oil and Gas Industry and as a truck driver for the United States Postal Service. William was preceded in death by his parents John and Katherine; his brothers John Jr., George and Norman; his sisters Dorothy Lane, Vera "Tincy" Louis and Ella Mae Boyd. He is survived by his wife Carol Halliburton-King; his three children David Glen King and wife Annette Bryan-King, Darin Perry King and Sherry Thomas, and Dayna King-Deaton and husband Mike Deaton; five grandchildren David Allen King, Clay Daniel King, Chad Michael King, Candace Carol Deaton, Mathew Michael Deaton; five great-grandchildren Paisley Marie King, Parker Lee Deaton, Gideon Ames King, William Michael King, Caroline Dean King and Phinehas King; brother Freddy King; and sisters Peggy Bain and Rose Lee Pate.

Fond memories and expressions of sympathy may be shared at www.brooksidefuneralhomelauder.com for the King family.