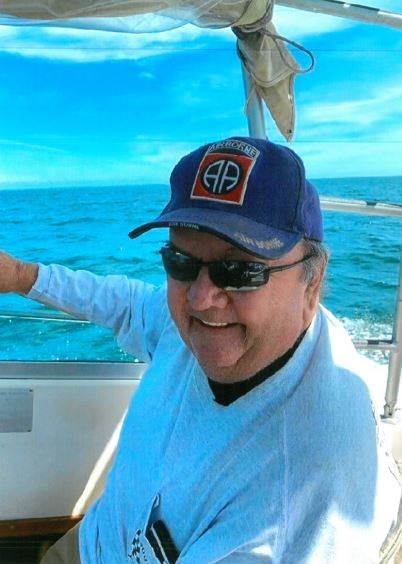 Gary Russell Brown, son of the late H. Russell and Ethel Doyle Brown, died Thursday October 15, 2020. A native son, born in 1946, he received his Associate’s degree from Cape Cod Community College and his BA in Political Science from Boston State Teachers College. A member of the 82nd Airborne, he was awarded the Bronze Star during his tour in Vietnam. A member of the VFW, American Legion and Cape Cod Salties, Gary worked tirelessly for our veterans and the protection of his beloved Cape Cod. He was proud of the work accomplished during his tenure on the Barnstable Town Council. An avid fisherman, Capt. Brown was always quick with a joke and more thrilled with a buddy’s prize catch than his own. Predeceased by his parents, sisters Virginia Mycock and Barbara Ducharme and brother Charles, he is survived by his wife Irene, children Jeanne (Tony) Ciliberto, Barbara Komenda, Wendy Brooks, Priscilla (Paul) Millifollie, and H. Russell II, sisters Shirley Lawry, and Beverly LaFlamboy, six grandchildren and many loved nieces, nephews and cousins. Gary believed every one he met was a friend and potential fishing buddy. A memorial service will be planned for the spring. To that end, he wished all FAIRWINDS and TIGHT LINES. For online condolences, please visit www.doanebealameshyannis.com
See more See Less

In Memory of Gary Russell Brown