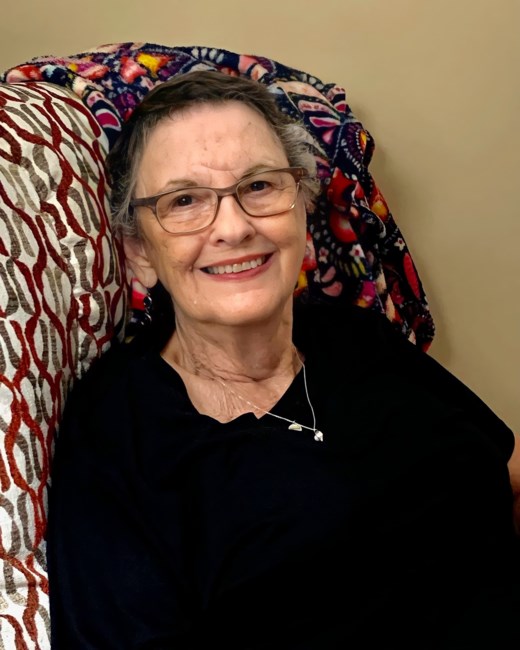 Angelyn Deaton Golmon of Hernando, Mississippi passed away on August 9, 2022, at Baptist Memorial Hospital East in Memphis, Tennessee. She was preceded in death by her husband Robert Truett Golmon who passed away on June 24, 2012. A graveside service will be held at Cagle Cemetery in Chester County, Tennessee for family members on Friday, August 12 at 2:00 p.m. and a memorial service open to friends and family will be held at Hernando Baptist Church in Hernando, Mississippi on Sunday, August 14, 2022, at 2:00 p.m. Mrs. Golmon was born Angelyn Deaton on October 13, 1941, in Jackson, Tennessee to Johnnie Leo Deaton, Sr. and Lessie Mae Richardson Deaton. She attended Union University in Jackson, Tennessee where she completed her Master of Social Work. After marrying Robert Truett Golmon, they were commissioned as missionaries by the Foreign Mission Board (currently the International Mission Board) in 1972. She served as a foreign missionary in Georgetown, Penang Island, Malaysia, Manila and Angeles City in the Philippines, and in Taipei, Taiwan. While serving in Taipei she began to work with young girls who had been sold into prostitution and arrested by the government. After years more work she was instrumental in establishing a half-way house called Garden of Hope in Taipei. Garden of Hope has spread throughout Taiwan and to New York City, in the United States. On their return to the United States in 1988 she began work for the Baptist Sunday School Board and continued her work in the transition to Lifeway Christian Resources and ended her time there as an Assistant Editor working on Open Windows and the Biblical Illustrator as both a writer and an editor. She and her husband later retired to Hernando, Mississippi where she served in the choir and as a Sunday School teacher at Hernando Baptist Church. Angelyn was preceded in death by her parents, Johnnie Leo Deaton, Sr. and Lessie Mae Richardson Deaton and by her husband Robert Truett Golmon. She was also preceded in death by her brothers Johnnie Leo Deaton, Jr. and Gary Lamar Deaton and her sisters Jane Usery and Virginia Wilson. She is survived by her brother Donald Ray “Bo” Deaton and sister Joan Holder, both of Jackson, Tennessee and by many nieces and nephews. She is also survived by her children Robert Bryan Golmon (Melissa) of Glen Allen, Virginia, Bradley Truett Golmon (Stacey) of Oxford, Mississippi, and Erica Golmon Croft (Josh) of Eads, Tennessee and by six grandchildren Jordan Golmon (Elizabeth), Lauren Golmon, Graham Golmon, Will Golmon, Madison Croft Scott (Xavier) and Kate Croft. In lieu of flowers she requests contributions be made to either Hernando Baptist Church, Hernando, Mississippi or the International Mission Board, Richmond, Virginia. Fond memories and expressions of sympathy may be shared at www.GeorgeASmithandSons.com for the Golmon family.
See more See Less

In Memory of Angelyn Deaton Golmon

The Graveside Service for Family