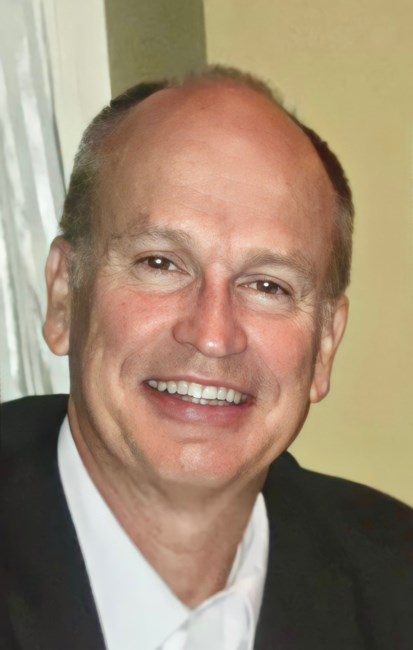 John Wesley Hudson, age 58, passed away on September 27, 2022 after a multi-year battle with cancer. John was born in Jackson, Tennessee on October 17, 1963. His parents were the late Walter Hudson, Jr. and Margaret Frankland Hudson. He graduated from North Side High School and later attended college at the University of Tennessee at Martin, the University of Tennessee at Knoxville, and Union University. He earned his bachelor’s degree in Business Management and was a member of the Pi Kappa Alpha fraternity. John was an early riser and a hard worker. After graduating from college, he settled back in Jackson where he started his first business Superior Auto Care—later Superior Tint and Electronics—which he owned and managed for 35 years. He was also a business partner with Center Post Construction and Hudson Warehouses. From a young age, John enjoyed playing tennis and golf. Later in life, John developed a love for running. He was an active participant in the Jackson Road Runners and ran with a group of friends called ‘Run it Fast.’ He was known as ‘Barefoot John,’ because he wore Vibram FiveFingers running shoes which John claimed yielded better race time due to the freedom of being barefoot! He was also a member of the First United Methodist Church and the Jackson Country Club. John was loved for his kindness and sense of humor, and he built many strong life-long friendships that were special to him. He is survived by Jennifer, his best friend and mother of his children; his sons John II and William, daughter Phoebe, and stepson Dylan Story; his sister Cissy Williams, brothers Alan Hudson, Walter Hudson III (LaDawn), Ernest Hudson (Madaline), and brother-in-law Zack Blankenship (Jessica); his nephews/nieces, Alan Jr & Sheelah Hudson, Matt Cole, Alicia Gray, Angela Broyles, Justin Williams, Walter IV & Wesley Hudson, Bailey & Hanna Hudson, Luke & Trice Mullens, and Lleyton Blankenship. The family will receive friends and loved ones on Saturday, October 1, 2022 from 12 to 2 p.m. at the North Chapel of George A. Smith and Sons Funeral services will follow at 2 p.m. with a service at Ridgecrest Cemetery for immediate family. Pallbearers will be Alan Hudson Jr, Walter Hudson IV, Wesley Hudson, Gary Petty, Jeff Hill, Mike Simmons, Mike Enfinger, and Brett Gibson. In lieu of flowers, please make donations to Kirkland Cancer Center, Patient Care Fund, 720 W. Forest Avenue, Jackson, TN 38301. Fond memories and expressions of sympathy may be shared at www.GeorgeASmithandSons.com for the Hudson family.
See more See Less

In Memory of John Wesley Hudson