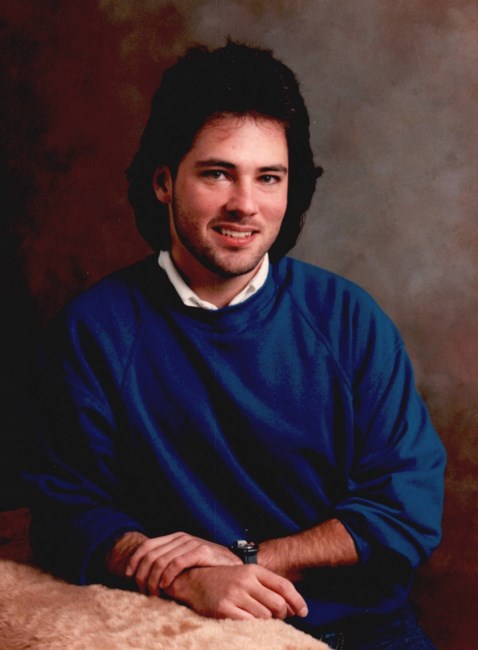 “But because I have done what is right, I will see you. When I awake, I will be fully satisfied, for I will see you face to face.” Psalm 17:15 Paul G. Smith, age 58, of Johnson City, TN, died on Tuesday morning, September 13, 2022 at the Johnson City Medical Center after his battle with cancer. He was born in Johnson City, Tennessee, a son of Charlotte Patterson Smith and the late Charles B. Smith and the grandson of the late W.B. and Ruth Smith and Craig G. and Bertha Lee Patterson. Paul was a graduate of Science Hill High School, Class of 1982. He was formerly employed by: Big Lots, Hobbie Town U.S.A, and Fresh Market of Johnson City. Paul was a man of great faith, a loving soul and a quiet spirit. He will be missed by all who knew and loved him. He is survived by his mother, Charlotte Smith; brother, Kevin Smith and wife Tiffany; two nephews, Alec and Brenden; three nieces, Kennedy, Isabella, and Maddie; aunts, Sharon Nance, Dot Patterson, and Charlotte Wilson; uncles, David Patterson and wife Jean, Steve Patterson and wife Tammy, Larry Patterson, Tom Smith and B.J. Jilton. In addition to his father, Paul was preceded in death by his brother, Aaron Smith; nephew, Kash; niece, Avery; aunts, Jeanette Jilton and Jeanette Brown; cousins, Jamie, Barbie, Beverly and Stephen; and uncles, Jim and Timothy Patterson and Clement Wilson. Committal Service and Interment will be held Saturday, September 17, 2022 at 11:00AM in the Philadelphia Cemetery, 785 Snapp Bridge Road, Limestone, TN with eulogy given by his brother Kevin Smith. The family would like to extend their thanks to all the very special doctors and nurses who were so kind and helpful during Paul’s illness and for the many prayers from friends and family over the past two years. In lieu of flowers, memorial contributions may be made to the American Juvenile Diabetes Association, 26 Broadway, 14th Floor, New York, NY 10004. Arrangements especially for Mr. Paul G. Smith and his family have been made through Monte Vista Funeral Home & Memorial Park, 1900 E. Oakland Avenue, Johnson City, TN; 423-282-2631.
See more See Less

In Memory of Paul G. Smith