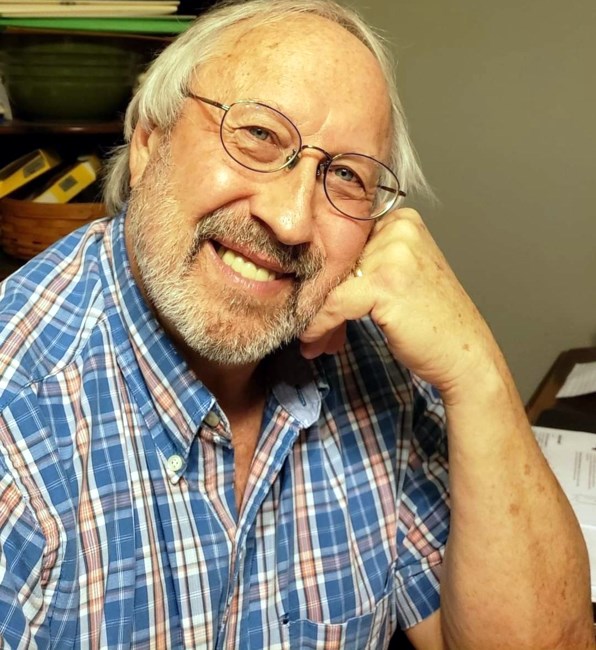 Thomas Lee Holmes, 73 lost his battle to pancreatic cancer on July 17, 2022, in his home surrounded by family and friends. He was attended by his wife and daughter during his last days in his home. Thomas was born at Johnson City Memorial Hospital on February 8, 1949, to Clarence Edward and Lillian (Nunez) Holmes. He grew up in Jonesboro with his four brothers, Clarence Edward Jr., James, Danny, and John. He graduated from Jonesboro High School in 1967. After serving a four-year term in the U.S. Navy, he graduated with an Associate’s degree from Northeast State. He met the love of his life Kim, at a New Year’s Eve party in 1983. They were married at his childhood home on August 3, 1984. Together they had one daughter Lauren, whom he adored. Thomas loved being a husband, father, and “Pop Pop” to his grandson Carter. He was thrilled the day his grandson was born. Carter was the light of his life. Thomas enjoyed working in the yard, cooking with his wife Kim, cookouts with his family, and playing with his grandson Carter. He was always there to help anyone in need. Thomas was kind and softly spoken and always had time to answer a question or solve a problem. He will be remembered for always having a smile on his face. He will be dearly missed by his family and friends. He was preceded in death by his parents, Clarence Edward Holmes and Lillian (Nunez) Holmes and one brother, John A. Holmes. Those left to cherish his memory include his wife of 37 years, Kim Holmes; daughter Lauren Lawhon (Alex); grandson, Carter Thomas Lawhon; three brothers, Ed Holmes, Jr., James W. Holmes (Debbie), and Danny Charles Holmes (Cindy); two brothers-in-law, Shane McKewen and Steve Cloyd; three nephews, Jarred Holmes, Anthony Holmes, and John Holmes; and one niece, Jeanna Holmes. The family will receive friends on Friday, July 22, 2022 from 5:00 to 7:00pm at Antioch Baptist Church, Johnson City. A celebration of Thomas' life will follow at 7:00pm at the church with Pastor Pete Tackett officiating.
See more See Less

In Memory of Thomas Lee Holmes

Receiving of Friends and Family