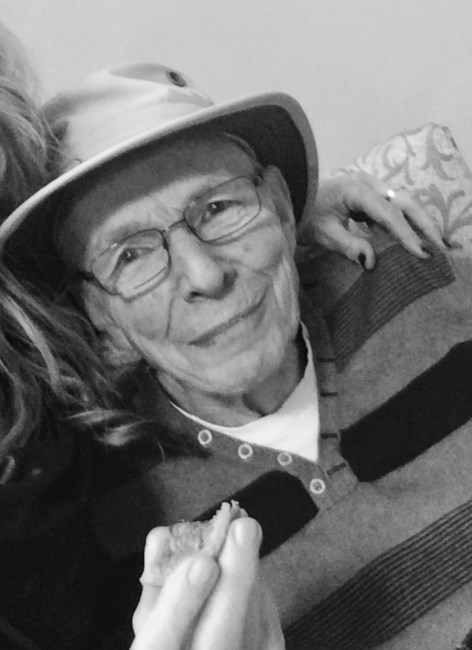 Glen Jardine passed peacefully last Thursday after five long years with dementia. He will be missed by his wife Ruth and her family (Grant, Erin and children). His 5 kids Gary, Dawne, Tracy, Brent and Kevin; their partners, 20 grand and great grandchildren and his brother Mac. He was predeceased by his wife Irene in 1999, his brother Ross and sister Gay. Growing up above his parent’s hardware store on Victoria Street fueled the desire for Glen to open his own store one block away in 1960. Over the next 30 years, Kamloops Sport Shop, with the values Glen brought to work every single day, became a focal point in a vibrant downtown, a place where active families and friends gathered. Glen and his wife Irene worked closely together, they were a dynamic team. Glen was a true gentleman. His loyalty to his family, staff, customers, and the community of Kamloops itself, was exemplary. He loved his role of serving people. His 45 year sponsorship of the Bantam Blazers Hockey team also reflected his commitment to the sporting community. In Glen’s later years after retiring from the business, he took his gifts of dedication, commitment and reliability and focused them on his family and friends and deservedly, himself. Countless hours spent with his children and grand children at home, Sun Peaks and the Shuswap. He thoroughly enjoyed his many projects fixing and improving things and making them the best they could be. He travelled many beautiful places and shared many great moments and laughs with his wife of the past 16 years, Ruth. These were rich years for Glen, always smiling, always present. Dad, we are grateful for the example you set for working hard and having fun in the process. Your dedication to the task at hand will never be forgotten, whether we were working together in the store or building the family cabin, you demonstrated what a life of integrity looked like, where your word was golden. Thank you Dad for your humility, your sense of honour and your dignity. You were an incredible role model for all those around you, especially your 5 kids and grandchildren. Kamloops Seniors Village and its hard working staff deserve a big thank you for their efforts to make Glen’s last years as comfortable as possible. Glen’s Memorial service will be held this summer in July - details to follow.
See more See Less