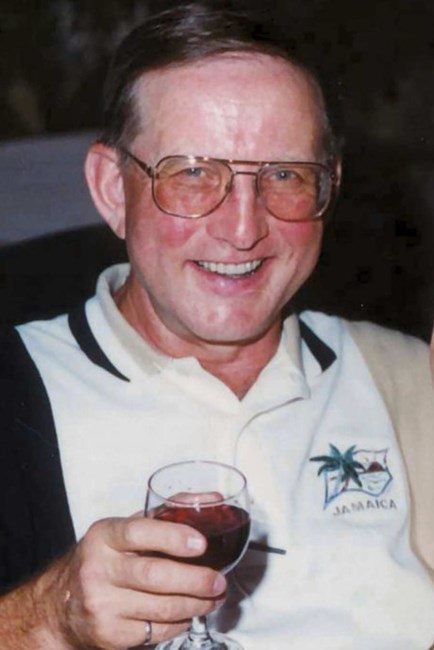 On June 1, 2017, Orest Zerebeski of Kamloops, BC, age 78, passed away peacefully in his chair at home. He was predeceased by his wife, Deania, by exactly 1,436 days and that was about enough. His two children, Laura and Kevin, his grandson, Jack, and his overfed cat all miss him terribly. Orest was the middle child of Anne and Harry Zerebeski. He was raised in Saskatchewan from sturdy Ukrainian farming stock which automatically made him more stalwart and stubborn than 50% of the population; the other 50% was learned along the way. He pursued an Engineering degree at the University of Saskatchewan. He also learned that hard work can make up for any misstep not the least of which was realizing that you can't party your way to a B.Sc. However, as effort but not luck would have it, he earned his degree plus a solid life lesson about humility and redemption which he relayed to his children at every opportunity. While he loved playing sports – especially curling, hockey, golf, and baseball – he was better at baseball than most. His pro athlete aspirations were tempered by realism but he sometimes wistfully recalled the time he got a hit off of the revered pitcher Satchel Paige. The rest of his sports dreams were spent chastising CBC for not covering curling well enough. His education and upbringing instilled three mottos: Be Prepared, Be Thorough, and Know Yourself. These mottos guided everything he did and helped him excel in his career of managing maintenance systems around the world starting at Weyerhaeuser Pulp Mill in Kamloops and ending at Alpart's bauxite mine in Jamaica. He always said that the best part of his life started when he met Deania, his wife of 46 years. He tended to be a little shy and introspective but Deania was the antidote. He proposed in 1966 overlooking the meeting of the North and South Thompson rivers and they lived as happily ever after as people ever do in real life: through vacations and work, financial ups and downs, and sickness and health. He had a hearty laugh and a booming voice and could use both to alternately charm and intimidate. He was courtly and respectful to all but especially so to animals (even rodents) and children (even brats) and they loved him for it. His handwriting was unexpectedly beautiful, his crepes were objectively magnificent, and his homemade wine ... became very drinkable over time. He had a system for everything, whether it was running a pulp mill or loading a dishwasher. He promoted the theory of moderation and sometimes even practiced it. He only ran out of gas once—in Saskatchewan—and then never again. He believed that when what you don't anticipate happens, that doesn't mean it's the end because what you learn can never be taken away from you. He pretty much anticipated everything, though, which meant that he was the one everyone relied on. As a dedicated sports enthusiast, maintenance specialist, sage advisor, and ant in a world of grasshoppers, he alone knew that there is always more left until there isn't. Services and Celebration of Life will be held in the Schoening's Funeral Chapel in Kamloops on Friday, July 21 at 11 a.m.
See more See Less

In Memory of Orest Harry Zerebeski

A Service of Prayer and Celebration