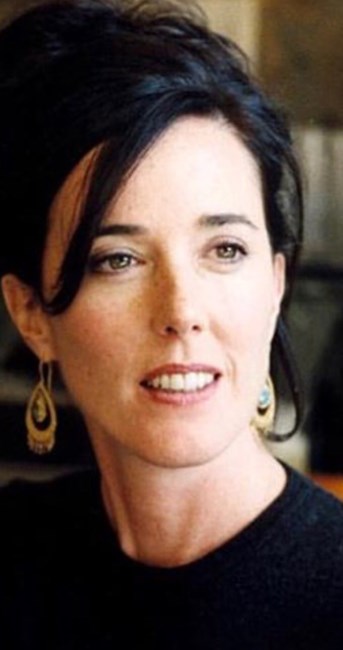 Kate Spade Katherine Noel Brosnahan, 55, passed away June 5, 2018 at her home in New York City. Mass of Christian Burial will be held at 3:00 p.m., Thursday, June 21, 2018 at Our Lady of Perpetual Help Redemptorist Catholic Church, 3333 Broadway, Kansas City, Missouri 64111. In lieu of flowers, kindly direct donations to the American Society for the Prevention of Cruelty to Animals (ASPCA) or to Wayside Waifs, Kansas City’s largest no-kill animal shelter and pet adoption campus. Katy was born in Kansas City, Missouri. She attended Notre Dame de Sion grade school and graduated from St. Teresa’s Academy in 1980. She went on to attend the University of Kansas and graduated from the Arizona State University School of Journalism in 1986. After graduation, she moved to New York where she found employment at Mademoiselle Magazine as an assistant fashion accessories editor, eventually working her way up to Senior Fashion Editor. In 1993, identifying an unexploited market niche, her creative talent and inspiration resulted in the founding of her first company, introducing the world to Kate Spade. In 1996, she received the Rising Talent award from the Council of Fashion Designers of America (CFDA). Katy then received the CFDA Accessories Designer of the Year in 1998. In 1999, Neiman Marcus became an influential partner and investor in the burgeoning Kate Spade enterprise, accelerating its growth and expansion. In 2007, Kate Spade was acquired by Liz Claiborne, boosting national and international growth and prominence of the Kate Spade brand and product lines. Katy left the business following the sale. In 2012 Liz Claiborne became known as Fifth & Pacific which was later changed to Kate Spade & Company in 2014. The brand was then acquired by Coach in 2017 where it remains today. In 2016 she and two of the original partners from Kate Spade launched a new brand and venture, Frances Valentine, named after her daughter. To most of the world, she was Kate Spade, the beautiful embodiment of her brand and a glamorous cultural icon. Everyone knows of her global fame as a fashion designer responsible for the wildly popular and successful products that still capture the hearts and fancies of women everywhere. Many women today recount their first experiences with the Kate Spade brand and the inspiration they drew from its namesake. However, there was so much more to Katy and her life. Those who knew her personally can share stories of a phenomenally loving, giving, humble, warm and affectionate woman who tragically left this world far too soon. Katy’s determination was matched only by her generosity. Loyal almost to a fault, Katy could be counted on to support her friends and family in times of trouble without question or judgment. Her sense of humor was one of her most enduring and charming qualities. Her quick and infectious laugh still resonates in the minds of all who knew her. Katy was always perceptive. She always aspired to put the best interests of others ahead of her own. Katy will always be remembered lovingly for her conscientiousness and empathy. She loved animals. She was a devoted wife, mother, daughter and sister. Katy was kind beyond words to describe. She will be dearly missed by those who knew her and by the millions she inspired. Katy was preceded in death by her mother, June Mullen Brosnahan in 2010. She is survived by her husband, Andrew Spade; her daughter Frances Beatrix Spade; her father, Frank Brosnahan and his wife, Sandy Palmer Brosnahan; four sisters, Michele Brosnahan, Ann Brosnahan DiVita (Nicholas), Reta Brosnahan Saffo (Karl), Eve Brosnahan (Kent); a brother, Earl Brosnahan, III (Carol); seven nieces and nephews, as well as her mother-in-law Judith Todd and two brothers-in-law Brian and David.
See more See Less

In Memory of Katherine Noel Brosnahan