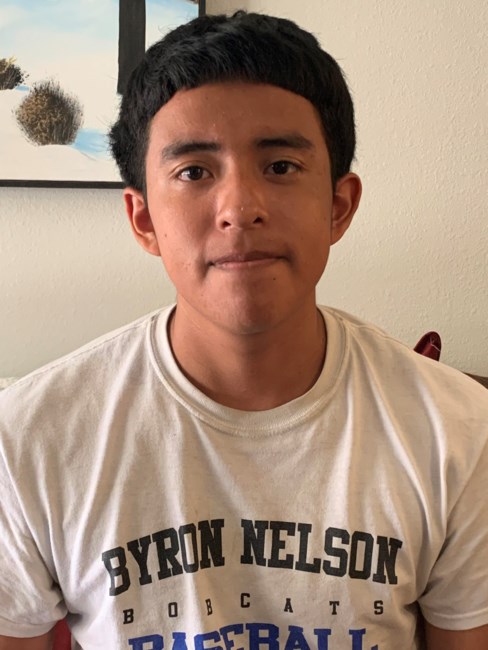 Brian Atian Hutson was born as Brian Encinas Ortiz on May 10, 2005 in Tucson, Arizona. He was a friendly kid who loved to laugh and smile. If you made a mistake, he would point it out and laugh and laugh. He found humor in everything. He and his sister loved to remind his dad Steve of the time he ripped his shorts climbing over a short fence. He was a boy who loved Superman, trucks, and airplanes. Wow, did he love airplanes. In Tucson we lived near Davis-Monthan Air Force Base; driving by the military jets always caught his attention. Even in Texas, he loved watching airplanes land at DFW and Love Field. On November 14, 2009, Brian became a Hutson. Brian was a constant source of friendship. Seriously, the boy could make friends with a rock. Anywhere new we went, he would come back saying “My new friend was there…”. Music was also a big part of his life. We went to musicals as a family and saw quite a few shows. However, we had to remove the plastic knives from the play kitchen after he and his sister tried to re-enact the stabbing of the beast from “Beauty and the Beast” on each other. Brian also taught himself to play piano from YouTube videos and was excited about sharing that with his families. This past year, he was making beats using apps on his phone and was interested in making that a part of his future hobbies or career. Sports were a big interest to Brian. There was a period of time where he would wear mostly Bears, Cubs, or his Michael Jordan jerseys. He spent quite a few Saturdays batting baseballs with his friends, or shooting hoops. He had dreams of being in the NFL, the MLB, or most recently, the UFC. A proud member of the Tohono O’Odham nation, Brian would constantly listen to the songs his O’Odham family made for him and really enjoyed the visits back to the San Xavier del Bac mission in Tucson. He always looked forward to going to see “his mountain” (a small hill next to the mission), the nation, and his O’Odham family. Brian was a junior in high school this year. He was exploring his interests and trying to figure out who he was. On November 21st, 2021, a car accident took him away. He is survived by his siblings, Aidyn, Maddox, Nikota, Beige, Avery, Teresa and Skye, his parents, Steve and Jennifer, his birth mother, Nona, and his grandparents, Paul and Dee, John and Karon, Rupert and Rochelle and a whole lot of uncles, aunts, and cousins. He is predeceased by his brother Manuel and his birth father Brian Ortiz. We love you and miss you, Brian.
See more See Less

In Memory of Brian Atian Hutson