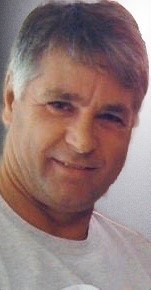 Brian Alan SCHAEFFER, age 59, of Ft Worth, Texas passed away on Monday, November 29, 2021. Brian was born April 21, 1962. Brian was born and raised in Bakersfield, California. His passing was unexpected and sudden. According to the Fort Worth Medical Examiner’s office he passed due natural causes exacerbated by COVID. He was survived by his wife, Teresa “Teri” Schaeffer, his daughter Cristen Schaeffer, his son Chad Schaeffer, his stepdaughters Meagan Sevier and Samantha Mincher, his mother Janis Schaeffer, his sister Karrie Schaeffer and his grandson Cylus Schaeffer. His father Alan Rae Schaeffer passed before him on December 29, 1992. From an early age, his father brought Brian into to the world of racing. Because of his father’s introduction, Brian continued to involve himself with other racing endeavors. He was a crew chief in the K&N Pro Series, engine specialist in NHRA “Camel” Funny Car Team and Truck Chief in the Camping World Truck Series for KHI. That year Kevin Harvick’s team #2 truck won the Owner’s Championship. He loved being around racing, however he preferred to be behind the wheel and come in first. One of those times as represented by a trophy was in 1977 in Atwater, CA at the IKF Sprint Nationals. He was a racer. “Once you’ve raced, you never forget it…and you never get over it.” Richard Childress In the pits and at the races, he was a true leader and was well-liked by those that worked beside him or for him. Brian and his wife moved to Fort Worth Texas in September 2012. Brian began working with Union Pacific Railroad in January 2013 as a conductor and received his certification as an engineer. Brian Alan Schaeffer was a loving papa bear father and grandfather, a devoted, doting, and generous husband, a good son, a protective brilliant brother and a loyal friend. He will be truly missed. Fond memories and expressions of sympathy may be shared at www.kellersoldtownfuneralhome.com for the SCHAEFFER family.
See more See Less

In Memory of Brian Alan Schaeffer