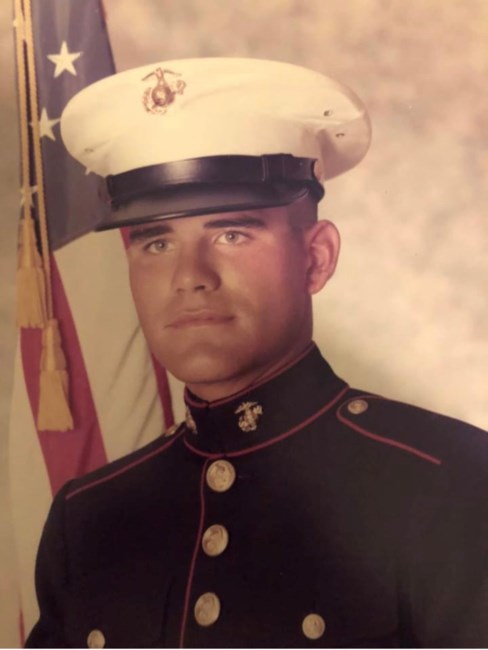 Thomas “Tommy” Agnew Stoy, 69, of Stratford, Texas, passed away surrounded by family on Sunday, November 21, 2021. He was a loving husband of forty-seven years, father of one daughter and grandfather of one grandson and one granddaughter. Tommy was born in Crosbyton, Texas, on December 12, 1951, to Arthur Monroe Stoy and Mary Elizabeth Martin Stoy. He attended Hereford High School followed by post-graduation studies at Texas Tech University. He was proud to serve his country in the United States Marine Corps through two years of active duty from 1971-1973. He married Judy Rowena Brian on October 5, 1974. She was the love of his life. They welcomed their daughter Ashley Chea on November 12, 1979. He was beloved by family and many friends and doted (bragged) on his grandchildren Ethan Thomas and Ellis Tayte Hodo, who brought much joy to his life. Tommy was self-employed the majority of his life, most recently as the owner of Dos Amigos Truck Wash and Amigos Restaurant in Cactus, Texas. He enthusiastically cheered on the Stratford Elks, Hereford Whitefaces, Aledo Bearcats, Texas Tech Red Raiders, and TCU Horned Frogs. He enjoyed coaching little league baseball and youth basketball in Hereford and Stratford and serving as a Sunday School teacher for a variety of ages. Tommy knew no strangers and would share a story, a smile, and a laugh with all. He had abundant energy, a giving spirit, and a joyful disposition. He was preceded in death by his father and mother, two brothers-in-law, Dale Spencer and Brad Johnson. He is survived by his wife Judy of Stratford, Texas, daughter Ashley, her husband Chad Hodo and their children Ethan and Ellis of Aledo, Texas, as well as his sisters Patricia Ann Spencer of Wayzata, Minnesota, Mary Arthur Johnson of Hereford, Texas, brother John Fredrick Stoy and wife Tena of Excelsior Springs, Missouri, several nephews and nieces, and a huge host of friends. His absence will be felt by many…he was ONE of a KIND! His service will be held Saturday, November 27, 2021 at 11 a.m. at Trinity Bible Church, 4936 E. I-20 Service Rd., Willow Park, Texas 76087. The family would like to extend its sincere thanks to all the nurses, doctors, and allied health professionals as well as the staff at Moore County Hospital, Dumas, Texas, and Texas Health Harris Methodist Hospital, Fort Worth, Texas, for the care they provided Tommy. Memorials in Tommy’s honor can be made to the Marine Corps League at mclnational.org which aids wounded and injured Marines and provides additional Veterans benefits.
See more See Less

In Memory of Thomas Agnew Stoy