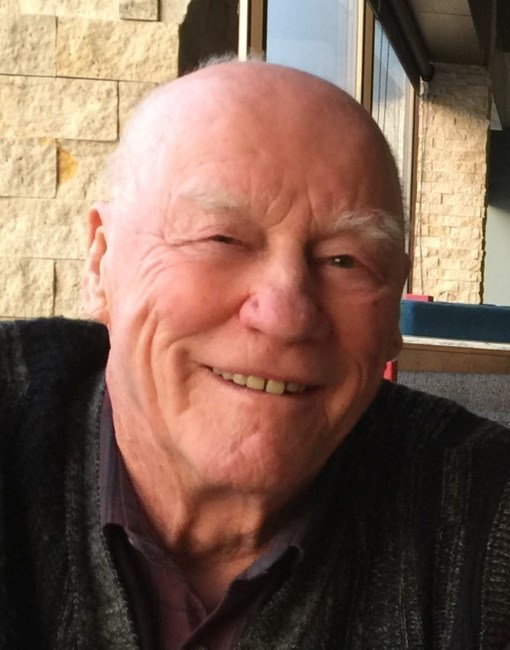 Edward James (Ed) Ard, 94 RCMP Superintendent (retired) Edward James Ard passed away at his residence at Missionwood Retirement Home in Kelowna, BC, on September 13, 2021. Ed was born on March 23, 1927 at Alsask, Saskatchewan. He grew up in Flaxcombe and later in Plenty, Sask. He attended high school in Mitchell, Ontario where he met the love of his life, Helen Jean Rice. Ed was an excellent athlete and played high school hockey, basketball, and baseball. After high school graduation Ed applied to the RCMP and in 1947 he was accepted into training as a Recruit Special Constable, number 9629. He trained at Depot (Regina) and N Division (Ottawa). On his 21st birthday he was promoted to Constable Third Class and issued RCMP Regimental Number 15059. After training he was posted to Alberta and in 1949, he was transferred to Aklavik, NWT. In 1950 Ed was transferred to Tuktoyaktuk, NWT as the first permanent RCMP Constable in “Tuk”. During his 3 years in the north, Ed and Helen kept up their relationship by letter. In 1952 after having served in the RCMP for 5 years, Ed was permitted to marry Helen. Over the next 33 years, Helen and Ed moved 11 times including 11 years in the Yukon and NWT. In 1969, Ed was commissioned as a Sub Inspector (Officer number O.670) and in 1970 he was posted to Depot Division (RCMP Training academy) at Regina, Sask where he served as the staffing officer. In 1973 Ed was posted to North Battleford, Saskatchewan as the Officer Commanding North Battleford, Sub Division. Ed’s last posting in the RCMP was in 1978 to Thompson, Manitoba as the Officer Commanding Thompson, Sub Division. In July 1980 after 33 years of service in the RCMP, Ed and Helen retired to Kelowna, BC. Ed learned to curl at an early age and filled his home with curling trophies including representing the Yukon at the Dominion Police Curling Championships in 1961. Ed loved to golf and was able to pursue this passion until his late 80’s. In 2017 Ed and Helen moved to the Missionwood Retirement home in Kelowna where they met many new and old friends. At the time of his death, Ed Ard is believed to have been the oldest retired RCMP member who served in Canada’s north. Ed and Helen have 5 children – Bill (Liz) born 1953, Rob (Bernie) born 1955, Brian (Ann) born 1959, Nancy Ferguson (John) born 1961, and Barry (Clare) born 1964. They have 13 grandchildren and 7 great grandchildren. The family will hold a memorial service at a later date.
See more See Less

In Memory of Edward James Ard