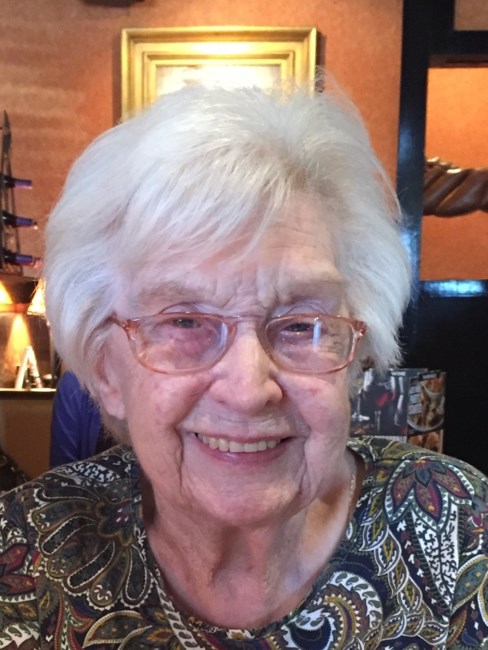 Mrs. Harding served in the Royal Army as an Electrical Engineer, servicing and repairing combat vehicles for the military. During her service time Marjorie met and married her husband, Mr. Gordon Thomas Harding, serving in the Royal Air Force, in 1941. In 1954 Marjorie, Gordon and their family, made their way to Canada where they would remain until returning to the UK in 1957. In 1968 the Harding family immigrated to the United States where Marjorie would work with the American Red Cross and as an English Aide in a local junior high school. Marjorie finally settled in Marietta and worked in several different jobs. Mrs. Harding was a very hard working, dedicated, and independent lady; working full time until the age of 76, then engaging in her most favorite role as a Preschool Teacher for the First Presbyterian Church of Marietta and the First United Methodist Church of Marietta. The list of her many accomplishments in her military service and working life is extraordinary, however, her greatest accomplishment was her family, the children she cared for and the legacy she leaves behind. She will certainly be missed by all who knew and loved her.

Along with her parents Mrs. Harding is preceded in death by her late husband, Mr. Gordon Thomas Harding and one son, Leif Robert Harding.

Her family will be hosting private services at a later date to celebrate her life. In lieu of customary remembrances the family request donations made to Children’s Healthcare of Atlanta.

In Memory of Marjorie Watson Harding