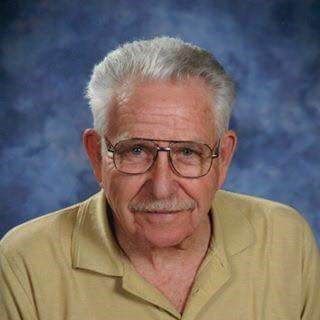 Jefferson Ga.- Raymond Lee Mannor, 84 of Jefferson Ga., formerly of Mesick and Clio, died Sunday, August 28, 2016, surrounded by loved ones. Raymond was born April 2, 1932, the son of Charles and Mary Genevieve Mannor. He was a graduate of Beecher High School. He retired from Buick after 30 years. Was honorable discharged after bravely serving in the Korean War as a proud Marine. He was a member of the American Veterans post No. 120. Raymond, a devout Catholic, was an active member of St. Mary’s of Hannah parish and other parishes in both Michigan and Georgia. Raymond was preceded in death by his loving wife of 51 years, Mary Jean Mannor, his parents, his beloved sister, Geneva (Ginger) Payne, and a grandson, Joshua Abe King. He is survived by his children; Terry J. (Rebecca Betchan) Mannor of Edmond, OK. Thomas R. (Adelle) Mannor of Dahlonega, GA, Patricia M. Mannor of Jefferson, GA., Charles G. (Cynthia) Mannor of Canton, GA., Catherine A. (Scott) King of Manton, Elizabeth L. (Frank) Walker of Cumming, GA., Janice M. Hursh of Clio and Renee L. (Michael) Smith of Flint. 25 grandchildren, 12 great grandchildren and 1 great, great grandson, two brothers; Gordon (Fran) Mannor of Waterford and Gaylord (Yvonne) Mannor of Clio, as well as many cousins, nieces and nephews. A visitation will be held Tuesday, September 6, 2016 4:00pm until 8:00pm with a Vigil Service at 5:30pm at Covell Funeral Home in Kingsley. A funeral Mass will take place on Wednesday, September 7, 2016 at 12:00pm with visitation beginning one hour prior to the Mass at St. Mary’s Hannah Catholic Church in Kingsley. Military honors and burial will follow at St. Mary’s Hannah Cemetery. Please share a memory of Raymond on the family's online guestbook.

In Memory of Raymond Lee Mannor

Mass from the Order of Christian Funerals