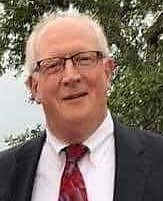 Carl Benjamin Galyon Jr., 76, of Knoxville, TN, entered into the presence of his Lord and Savior Jesus Christ, on Wednesday, May 13th. He is survived by his wife, Norma Lopez-Cepero, daughter Cherie, son Trey, son Brent, and his sister Sherry and her husband Fred and their family; Brother-in-law, Henry Lopez-Cepero and family; Sister-in-law, Brenda Kulikowski and husband Ed and family. Carl grew up in South Knoxville and graduated from Young High School in 1961 and ETSU in 1967. Carl entered into ministry with Campus Crusade for Christ in 1967, and later became director of campus ministry at Boston University. He also served as director at the University of Kentucky, Here's Life Philadelphia and joined Church Dynamics International Staff in 1985 where he was South Central Regional Director in Austin,Texas. In 2000, he became national director of Church Dynamics, then after several years was a Global Representative for CDI, which included going to India annually. Carl's passion was ministering to Indian pastors in reproductive discipleship and enjoyed spending time with many Indian pastors. His legacy continues to last throughout the country and around the globe. He will be missed but we know we will see him again. If you would like to make a donation in Carl's honor, you can send it to: CDI International, 1740H Dell Range Blvd. #324, Cheyenne, WY 82009-4946. You can also send your donations to http.//www.churchdynamics.org/contact.html. There will be a celebration of life and memorial service. Sevier Heights Baptist Church 3232 Alcoa Highway Knoxville, Tennessee 37920
See more See Less