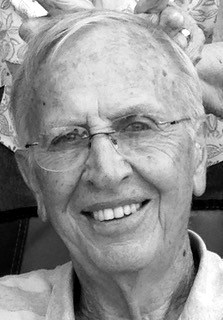 Clayton passed away in the comfort of his home surrounded by family on July 15, 2021. Clayton and his wife Donna shared 68 years of marriage at the time of his death. Clayton was born in Eunice, Louisiana and grew up in Forest Hill, Louisiana. He served eight years active duty in the US Air Force and later retired through the military reserves. He worked for many years with Equifax (formerly Retail Credit Company). During that time, he also engaged in part-time self-employment to later become self employed full time as a partner with his son Jeff and remained so until his death. Clayton is survived by his wife Donna; children, Glenda Tupper (Randy), Jeff Ferguson (Lisa) and Jayne Colavecchia (Robert); five grandchildren, Greg Tupper (Emily), Matt Tupper (Amber), Drew Ferguson, Lexi Colavecchia and Carly Colavecchia; and three great grandchildren. In addition to his parents Ray and Evelyn Ferguson, Clayton is preceded in death by his sisters Amy, Bobbie and Joyce and brothers Hershel, Clyde and Donald. Clayton’s family extends their heartfelt thanks to his caregivers for their compassion and are sincerely grateful to Tresa, Lisa and Symentha who comforted and cared for him and our family in his last days. Visitation will be held at Hixson Funeral Home of Lake Charles on Monday, July 19, 2021 beginning at 1:00 p.m. until the time of services. A Celebration of Life will be led by Celebrant Jody Barrilleaux at 2:00 p.m. on Monday in the funeral home. Burial will be immediately following at Prien Memorial Park. Fond memories and expressions of sympathy may be shared at www.hixsonfuneralhomes.com for the Ferguson family.
See more See Less

In Memory of Clayton Ferguson