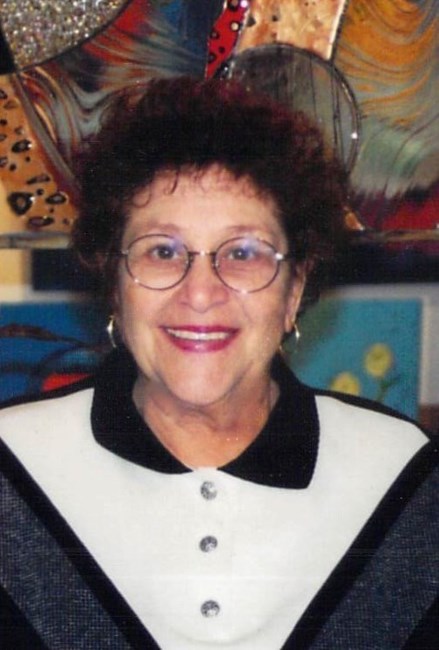 Edna Jean Swerdloff, “Buttons” to all that knew and loved her, died on February 21st 2017. Born and raised in Philadelphia, she was a graduate of West Philadelphia High School. After graduation, Buttons went on to accomplish many great things. As a single mother of two, she became a career woman at a time when there were very few. The roads she went down in life took a tremendous amount of courage and imagination. Buttons moved to California in the early 60’s and settled in West Los Angeles where she owned and operator several Orange Julius restaurants. After that for most of her young adult life, she became a real estate broker and land developer - buying and selling single-family homes and multi-unit apartment buildings throughout southern California. Never deterred or discouraged, in the late 70’s after the Los Angeles real estate market collapsed, she moved her business to Las Vegas, Nevada, and there along with her partner Rebecca Davis, continued to thrive and succeed for many years to come. Button’s life was not all work and no play. She had a very active social life and numerous friends who always knew that they could count on her in a moment’s notice. Her family life was a blessed one too. She had two sons, Barry and Chad, from her marriage to Henry Einbinder. Buttons was a wonderful mother and although she suffered the loss of her eldest son Barry in 1973, her love of family was always her strength. Buttons is survived by her son, Chad; her granddaughters, Lena and Hannah, whom she loved more than anything; and her best friend Rebecca Davis. Buttons was one of a kind. She had a smile that lit up every room, a laugh that made you want to join in, and a heart of gold that knew no bottom. She joins her parents, Bernard and Sylvia Swerdloff; her brother, Harvey Swerdloff; and son, Barry Einbinder in heaven. In lieu of flowers donations may be made in her name to the SPCA or Planned Parenthood. King David Memorial Chapel handled the arrangements.
See more See Less

In Memory of Edna Jean Swerdloff