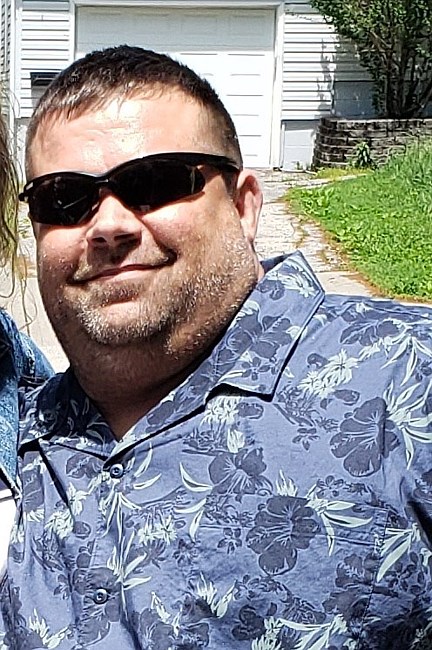 Jesse Moss, 38, of Liberty, Missouri, passed away July 19, 2022. A family-led Celebration of Jesse’s Life will be held at a later date. Jesse was born September 1, 1983 in Chillicothe, Missouri to Kevin and Shawna (Beery) Moss. He grew up in Hamilton, MO, and graduated from Penney High School. Jesse worked as an automotive mechanic, primarily for D & S Automotive. He married Theresa Cantwell on March 7, 2016. Jesse love picking up hobbies and had too many to list, but he was most known for his woodworking and wood burning projects, painting, and small engine repair. He also loved riding motorcycles and dune buggies. Jesse loved his dogs and spending time with his family and friends. He was preceded in death by his grandparents, Kenneth and Jeane Moss; his grandfather, Arnen “Peewee” Beery; his grandfather, Arlin Chesney; his father, Kevin Moss; and his cousin, Dalton Prater. Jesse is survived by his wife, Theresa Moss; his children, Jacob Cantwell, and Ann Laven; his mother, Shawna Dunagan (Gregg); his step-mother, Sherri Moore; his siblings, Melissa Moss (CJ Hershberger), Chris Moss (Rachel), Sheena Moss, and Keaton Moss (Emily Fields); as well as many other relatives and friends. Fond memories and condolences may be left at www.churcharcherpasley.com, as arrangements are under the direction of Church Archer Pasley Funeral Home, 119 E. Franklin St., Liberty, MO 64068, 816-781-2000.
See more See Less

In Memory of Jesse Leon Moss