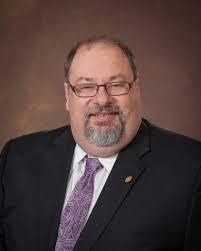 Dr. Angelo N. Patsalis died early Monday night on 4/6/20, of complications from the coronavirus. He was born in Detroit and graduated from Wayne State University, and the University of Ioannina Medical School in Greece. He completed his residency at Henry Ford Health System Family Practice. He lived in Livonia and worked in St. Clair Shores, Canton, and Detroit. Dr. Patsalis was an exceptional Family Practitioner, who dedicated his life to his patients and is remembered lovingly by all. He was on the Board of the Michigan Academy of Family Practitioners for many years and also served as its president. He was well respected by his colleagues and admired by the many medical students and residents that had the chance to be mentored by him. Dr. Patsalis was an affluent and avid member of the Greek-American community, a Brother of the Aegean Chapter 506 of AHEPA, and had served as vice president of the Parish Council of the Nativity of Virgin Mary, Greek Orthodox Church in Plymouth, Michigan. He also was a talented amateur photographer who loved traveling. He is survived his fiancé Denise Bargon, her daughter Alice, and her daughter Qiana; by his parents Evangeline and Nick Patsalis; his aunts, cousins and their families in Michigan, Arizona and Greece; his goddaughters; his many friends in his beloved Platsa, in Athens, Ioannina, Rhodes, Crete, and throughout Greece and the United States. He will be dearly missed by all.