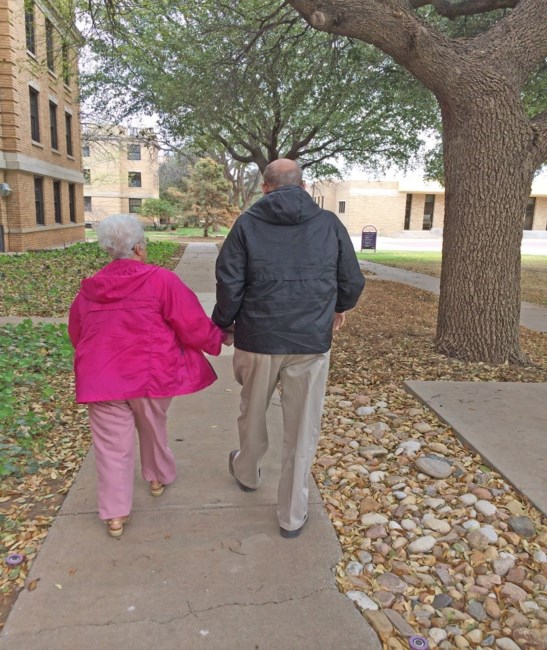 Joan McCasland Clevenger was born to Joe and Belle Daniel McCasland in Caddo County, Oklahoma, August 20, 1928. She lived an incredible life of God’s divine intervention, including her last days on earth. She arrived Home November 22, 2021.

When a young girl, Joan and two of her brothers were sent to Tipton Children’s Home due to her mom’s illness and inability to take care of them. Mom lived there until she graduated from high school as salutatorian. She then became a student at Abilene Christian College (University). It was there she met her husband, Deryl Clevenger. Right after Deryl’s graduation from ACC, their daughter Iona was born and almost immediately, they moved to Tulia, Texas to farm. While farming north of Tulia, daughter Dee Anne and son Duane were born.

Later, the farming family moved near Hart, Texas, and that’s where they remained the rest of their lives. Joan loved the farm life, and is known for her canned and frozen vegetables. She spent many years substitute teaching in Hart. She was part of several civic and school groups and Cub and Girl Scout leader.

Deryl and Joan were active in the Edmonson and later, Garland Street Churches of Christ. There are few in either of those congregations that did not eat at their table. Joan has been remembered as a great cook. She also was a wonderful seamstress, making the girls’ clothes until they were married well into college. Later, she and her dear friend Wanda Miller, sewed thousands of little dresses for needy children in Nicaragua. After Deryl’s death in 2017, she kept busy baking and sharing hundreds of loaves of fruit bread. It was really difficult for her to do nothing, and even in her last months kept asking “What am I supposed to be doing?”

Fond memories and expressions of sympathy may be shared at www.resthavenfuneralhome.com for the Clevenger family.

In Memory of Joan Clevenger