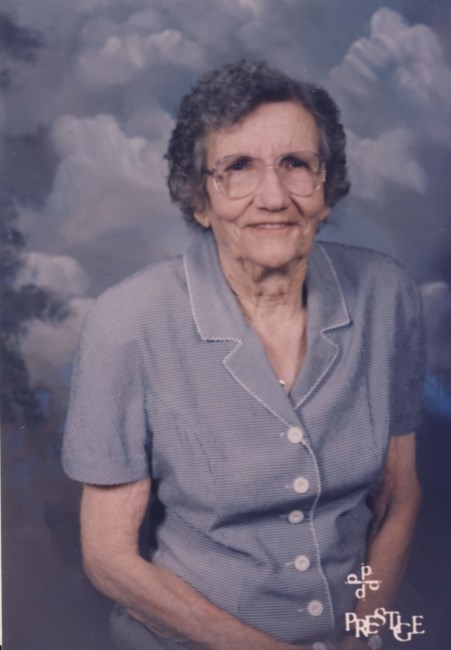 Ina Mae Hardin Allen of McGregor passed away Tuesday afternoon, April 19, 2011, at the age of 92. Funeral services will be 10:00 A.M. Saturday, April 23, 2011, at Cole Funeral Home Chapel, 1113 West Fifth Street, McGregor with Rev. David Thompson officiating. Interment will follow in Post Oak Cemetery near Oglesby. Viewing will commence at 8 A.M. Friday with a formal visitation being from 6 to 8 P.M. Friday at Cole Funeral Home.

Mrs. Allen was born February 28, 1919, in Jarrell, Texas, the daughter of the late Joe H. and Mattie Elizabeth (Pickens) Hardin. She lived most of her adult life in the McGregor and Oglesby area. On August 13, 1938, she married James Rayford Allen in Gatesville, Texas. After sixty-two years of marriage, he preceded her in death February 22, 2001. Their marriage was said to be a loving relationship as she was always willing and happy to give of her time and resources to help her family. As a descendant of the Hardin and Pickens families that moved from Tennessee to Texas in the 1830’s, she inherited an attitude of self sufficiency and independence. Ina Mae was reared during the recession which fostered a spirit of hard work, conservation of resources and a strong sense of social and financial responsibility.

Ina Mae was a member of College Avenue Baptist Church in McGregor. She was a loving wife, mother, grandmother and great grandmother who enjoyed crochet, embroidery, cooking and traveling; especially for and with her family.

Also preceding her in death was an infant brother; an infant grandson, a niece Cathy Brown and her brother-in-law, Lee Brown.

The family takes this opportunity to thank Dr. Carl Chakmakjian and his staff and Providence Hospice for the excellent care given to Ina Mae.