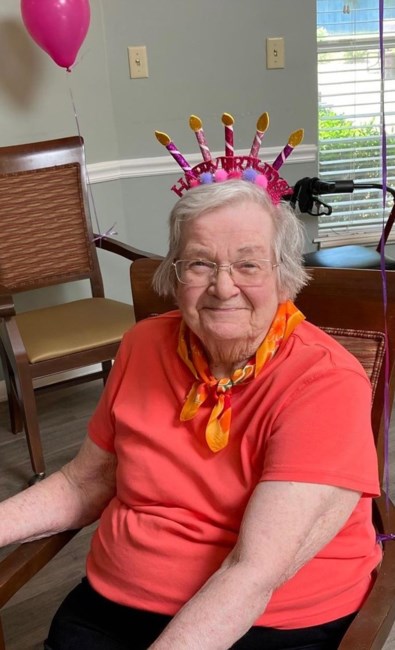 Jane Marie Liengme Baldauf, age 91, of Bartlett, Tennessee passed away on Sunday, October 2, 2022. She was born to Walter and Marjory Vander Horn Liengme on June 16, 1931 in Teaneck, New Jersey. Jane and her family moved to Indiana where she met her husband, Bill Baldauf at Purdue University. After they married in 1953, they moved to Missouri and had three children. Jane was a homemaker. In 1964, they moved to Memphis, TN. Their son Brad came along several years later. Jane worked at Plough until she retired in 1986. She is survived by her children, Doug (Roxane), Bruce (Ruth), Susan Baker, and Brad (Teresa); six grandchildren, Heather, Rachel, Jessica, Maegan, Hannah, and Mia; eight great - grandchildren, Cole, Erin, Noah, Monique, Tino, Blanca, JR and Westin. Jane was also blessed with two great great - grandchildren, Nesto and Ezy. The committal service for Jane will be held on Thursday, October 6, 2022 from 10AM until 10:30 AM at Memphis National Cemetery, 3568 Townes Ave., Memphis, TN 38122. Fond memories and expressions of sympathy may be shared at www.FamilyFuneralMemphis.com for the Baldauf family.
See more See Less

In Memory of Jane Marie Baldauf