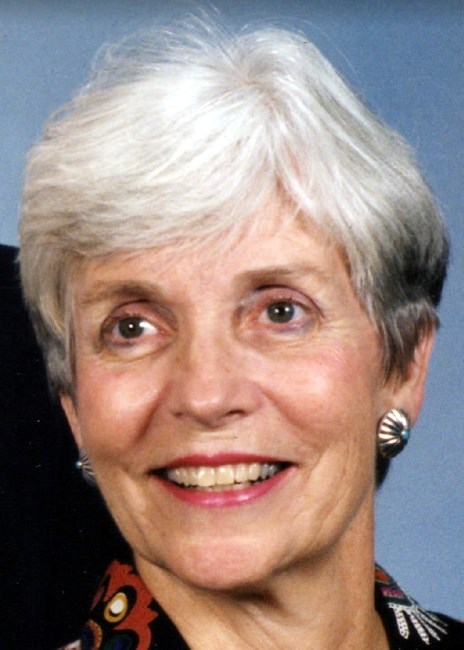 Louise Ann Burns of River Ridge, Louisiana, died Wednesday, November 17, 2021, at The Blake at Colonial Club in Harahan, Louisiana, surrounded by family. She was 87 years old. Ann was born April 6, 1934 to Elizabeth Ann Stott and John Sayre Light, Sr. in Winfield, Kansas. Ann married Charles “David” Burns in 1956 in Winfield, Kansas. Ann received an education degree from the University of Kansas in 1956. She then taught kindergarten in Lincoln, Nebraska, during the 1956-57 school year. In the following years, Ann supported David as he was deployed around the country with the FBI, during which time three children were born: Scott Allen, born in Lincoln, Nebraska, Elizabeth Ann “Buffie,” born in Salt Lake City, Utah, and David Emerson, born in Hinsdale, Illinois. They eventually settled down in Downers Grove, Illinois, where they lived for 19 years. In 1980, they moved to River Ridge, Louisiana, where she lived for the next 41 years. David passed away in 2011. There, she was a supportive member of Rayne Memorial United Methodist Church in New Orleans. Her personal interests included poetry, tennis, traveling, and music. She was a fan of Kansas Jayhawks basketball. She loved games such as bridge and Mah Jongg. But her special joys were her children, grandchildren, and great-grandchildren. Perhaps her most notable traits were her hospitality and generosity, her loving nature and wit, and her contagious sense of humor. Ann was preceded in death by her three brothers, Miles Bradley Light III, John Sayre Light Jr, and Robert Sydney Light. Survivors include her sons, Scott and wife, Marcia; David and wife, Mari; her daughter, Elizabeth “Buffie” McLaughlin; her six grandchildren, Julia Burns Petrella, David and Adam; Grace McLaughlin; David and Ava; her four great-grandchildren, Thomas; Henry Petrella; Benjamin Petrella; and Conor. Funeral Services will be planned for a later date in Winfield, Kansas. Memorial gifts are suggested to the Alzheimer’s Association. An online guestbook is available at www.leitzeaganfuneralhome.com.

In Memory of Louise Ann Burns