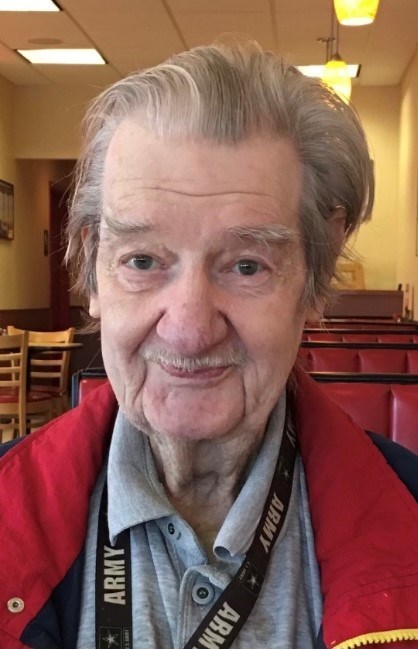 Eugene is preceded in death by his parents; wife of 49 years, Vivian; and daughter, Mickey Baker.

Eugene was a loving husband, father, and grandpa. As a young boy, he grew up on a farm in Liberty, Indiana, before he and his family moved to Hamilton, Ohio. He graduated from Hamilton High School in 1953. Eugene was a Korean War Veteran that entered the Army at the age of 17. Eugene was an active member of Middletown Church of Christ. He enjoyed working on cars and used to race. He loved his 1979 Chevy El Camino. He also enjoyed singing and playing the guitar. Eugene was an avid bowler and gardener, and he loved to be in the kitchen making dinners for his family. He was very proud of the work he did as a manager for Burger Chef restaurants for 14 years, and the restaurant that he owned with his wife, the Deli Sweet Stop, which was located in downtown Middletown at the old City Center Mall. Eugene also owned All About Repairs, where he was a general contractor. There was nothing he could not do or fix! In 2001, Eugene retired from Midfirst Credit Union. He had many skills, and was known and loved by many!

Visitation will be 2-4 pm, Sunday, November 21, 2021 at Breitenbach Anderson Funeral Home, 517 South Sutphin Street, Middletown, OH 45044. A Funeral Service will be at 11 am, Monday, November 22, 2021 with Pastor David Stidham officiating. Entombment will be at Woodside Mausoleum.

Donations may be made to the Alzheimer's Association.

Please visit www.breitenbach-anderson.com to leave online condolences for the family.

In Memory of Eugene Franklin Baker