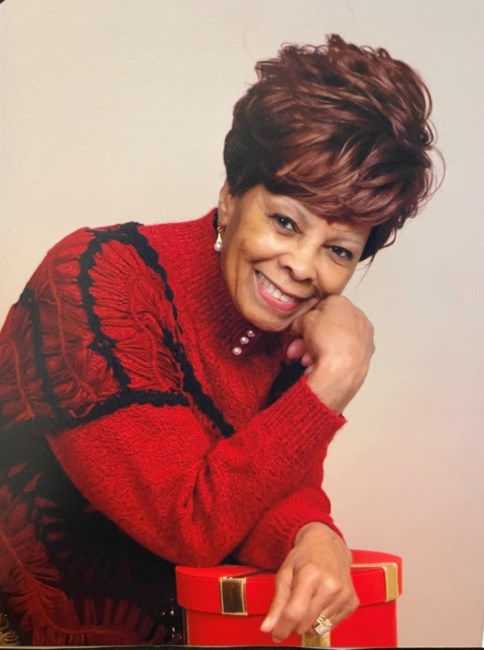 Dorothy (Dot) Precola Holloway Miller was born January 1,1935 to the late Godley and Julia Ann Holloway of Edgefield, South Carolina. By the age of three Dorothy was raised in Washington, DC and was the fifth of twelve children. She departed this earthly life on Tuesday, September 27, 2022 at 6:41am at Bon Secours St. Mary’s Hospital in Richmond, Virginia. Dorothy completed her education in Washington, DC at Cardozo Senior High School in the Columbia Heights neighborhood of northwest Washington, DC. She furthered her education at ITT Business Institute of Virginia but was most proud to have attended the prestigious Precola DeVore School (of charm and modeling) where she was the first black runner up in the Miss Washington, DC contest in 1958. She also modeled for many local and out-of-state companies. Dorothy went on to work for Amtrak until her retirement at an early age after sustaining an injury. Her position was a stenographer and entailed traveling. It was during the time of modeling & traveling that Dorothy and Sam Cooke met in 1952 and were engaged in 1955. They did not marry but remained friends until his death in 1964. The Cooke family is STILL her family! – Dorothy loved family, friends, traveling and sports; Her life crossed many paths during her travels and she stayed in touch with them all! Dorothy is survived by her son and daughter-in-law, Marcus and Teri (Tiana); three grandchildren, Amiri, Aniyah and Amani Miller; two sisters, Sandra J. Jackson and Helen Stergion Thurmond; two brothers, Alfonzo “Puncho” Holloway and Vernon Holloway. Dorothy is also survived by Judson P. Miller, who she was married to for twenty-seven years and continued as close friends thereafter; and had the pleasure of being mom to his children and cherished them as her own: son, Jonathan (Gladys) Miller; three daughters: Tamela (Victor) Gilkes, Michele (Ron) Smith, Patrina “Pattie” Miller (deceased). - They were her bonus children and her friends who blessed her with additional grandchildren: Angela (Winston) Predestin, Tauren “Tee” (Karvelisse) Miller, Nichelle Bryant and great-grandchildren: Josiah, Nesya, Eliana and Jaliya Miller. Near and dear to Dorothy also were her niece Denise “Dee Dee” (Michael) Chandler and nephews, Preston “Frog” Thatcher, and Niko Coleman who will deeply miss her. Dorothy has now joined her best friend, the late Deloris Branch, but leaves best friends, Susie McLaughlin, Gladys Kidd, Janet Audery, Chris Costello, Evelyn “EB” Bell and Arlene Branch to mourn her memory along with a host of nieces, nephews, cousins, relatives and dear friends across the country: including but not limited to Washington, DC, Chicago, Maryland, Virginia, Ohio, Florida, Georgia, Las Vegas, Canada, Arizona and the Carolinas! Acknowledgement The family of Marcus A Miller would like to express their sincere appreciation for all acts of kindness, love and prayers during this time of bereavement. Your support has been tremendous. Please continue to pray for us as well as for and with each other!
See more See Less

In Memory of Dorothy Holloway Miller