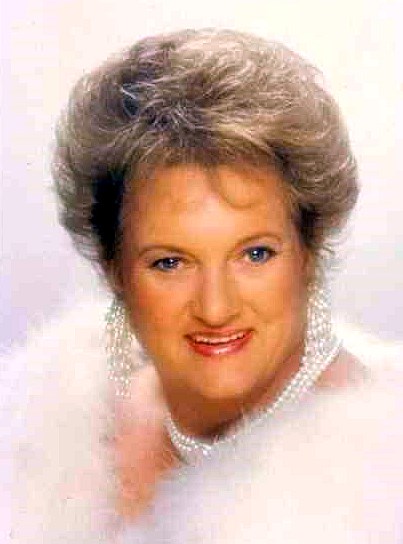 Jeanette Warren Thompson, 80, of Midlothian, VA., passed away on Thursday, December 17, 2020 after a long illness. She was born in Asheville, NC. She was preceded in death by her parents, Eules H. Warren and Ethel R. Jackson, and her brother Jerry E. Warren. Jeanette is survived by her loving husband of 61 years, Wriston A. Thompson, Jr.; daughters, Vicki Tambellini (Dave), Mitzi Staton, and Rebecca Collins (Ron); grandchildren, Katelyn Ilkani (Awat), Chase Tambellini, Lauren Staton, and Haley Thomson (Ian); great grandson, Grant Ilkani; brother, James H. Warren. Jeanette will be remembered most for her generosity, kindness, sense of humor, love for her family, and her faith. She grew up in Asheville, and married her high-school sweetheart. Wriston’ s career with JC Penney meant that they relocated often, and Jeanette made many friends in each new city. She was adept at fundraising and led major campaigns for YMCA’s in Anniston, Alabama, Nashville, Tennessee, and Richmond, Virginia. She and Wriston retired in Port St. Lucie, Florida and moved to Midlothian in 2003. She was an active member of St. Edward Catholic Church, and volunteered with the Knights of Columbus Ladies Auxiliary. She was a member of the Midlothian Women’s Club. She was a devoted wife, mother, “Mimi”, and friend and will be missed by all that knew her. Jeanette was a graduate of Lee H. Edwards High School in Asheville, NC in the class of 1958. She studied business at Lenoir Community College. A Private interment will be at Saint Edward Church. A memorial Mass will be held at a later date. In lieu of flowers, memorials may be made to St. Jude’s Children’s Hospital www.stjude.org, or the Knights of Columbus Ladies Auxiliary at Saint Edward’s Catholic Church 2700 Dolfield Dr. North Chesterfield, VA 23235.
See more See Less

In Memory of Jeanette Warren Thompson