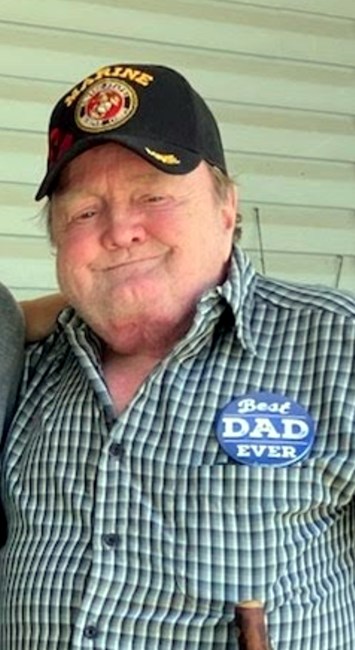 Larry Joseph Walls, 74, went to be with his Lord and Savior, Jesus Christ on Thursday, September 8, 2022. He was born to Othal Walls and Ruth Jones Walls on October 16, 1947 in Poplarville, Mississippi. Larry was a Corporal with the United States Marine Corps throughout Vietnam, earning him a National Defense Service Metal, Vietnam Service Metal, and a Vietnam Campaign Metal. Afterwards, he was the captain of a supply boat for many years. Larry loved trains, fishing, Auburn football, building fires, building models, collecting coins, and reading. His favorite way to spend time, however, was with his family. Larry was an amazing husband, father, and grandfather. He was strong of will, and had a great sense of humor. Larry was a very dependable man, and was always around when friends or family needed him. He will be greatly missed. Larry was preceded in death by his parents, Othal and Ruth Walls. He is survived by his loving and devoted wife of 52 years, Karen Hemphill Walls; daughter, Lisa (Chad) Christian of Manchester, TN; son, James “Joe” Walls (fiancée, Michelle Naylor) of Mobile, AL; grandchildren: Shane (Kasey) Ellison of Robertsdale, AL, Courtney (Adam) Martin of Daytona Beach, FL, Michael Walls of Mobile, AL, and Olivia (Michael) Connor; one sister, Barbara (Tommy) Coward of Creola, AL; as well as a host of nieces, nephews, and other cherished family and friends. Visitation for Larry will be held on Thursday, September 15, 2022 from 9:30 a.m. until 11:30 a.m. at Pine Crest Funeral Home on Dauphin Island Parkway in Mobile, with a chapel service immediately following. Interment will be in Alabama State Veterans Memorial Cemetery in Spanish Fort, AL, at 1:30 p.m. following the funeral service. Honorary pallbearers include James Hemphill, Marshall Woodyard, Alex Pitt, Adam Meadows, and Tommy Cowart.
See more See Less

In Memory of Larry Joseph Walls