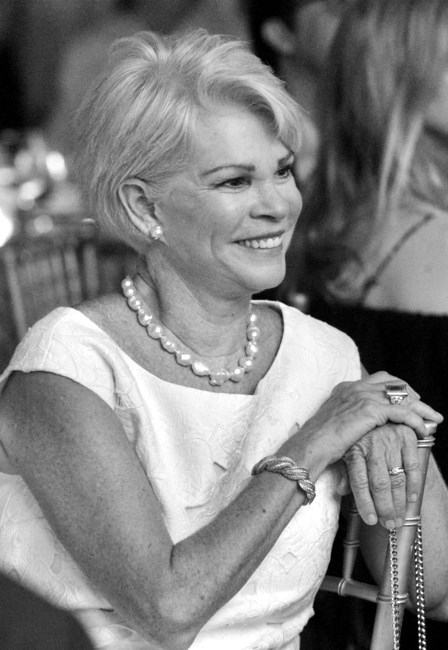 May Beth Walker Bruckmann of Lyford Cay, Nassau, Bahamas died unexpectedly, but peacefully, at her home in the Bahamas on Friday, September 9, 2022. She was preceded in death by her parents, Richard David Walker, Jr and Elizabeth Washburn Walker. She is survived by her husband, James Walter Barry Bruckmann, and her children, Jenny Bruckmann Schick (Florian Georg) of Munich, Germany, Paul Max Barry Bruckmann (Anna McCown) of Fairhope, Alabama, and Elizabeth Bruckmann Dwyer (Matthew James) of Charlottesville, Virginia. She is also survived by her sister, Jane Walker Rutherfurd of Mobile, Alabama, and her brother Richard David Walker III of Baton Rouge, Louisiana. MayBeth was born on May 8, 1950, in Meridian, Mississippi. During her early childhood years, she lived in Mobile, Alabama before moving back to Meridian in her early teens. After graduating from the University of Southern Mississippi, she was a beloved schoolteacher in New Orleans and Mobile. In 1975, she married her husband of the past 47 years, and in 1988, she moved with her family from Mobile to Brenchley, Kent in England. In 2010 she and her husband moved to Lyford Cay in the Bahamas. Among “Mayme’s” greatest joys were her eight beautiful grandchildren: Paul, Olivia and Max Schick; John and Robert Bruckmann; and George, Digan and Lila Dwyer. MayBeth was a devoted Christian and a loyal member of the Church of St. Christopher in Lyford Cay. She was a member of the National Society of Colonial Dames of America, the Junior League of Mobile, the Junior League of London, multiple Mardi Gras organizations, the Kensington and Chelsea Women’s Club, the Lyford Cay Club, and the Lakewood Country Club, and she was a long-time patron to the National Gallery of London. She was a keen gardener, and her garden in Kent, England was listed on the National Garden Scheme. She also thoroughly enjoyed being with her friends playing bridge and mahjong and in various sewing clubs, book clubs, and dinner clubs. MayBeth had an impeccable sense of style, and she had remarkable talent for keeping the world around her beautiful and keeping those in her company entertained. Her non-stop travel around the world to be with family and friends was a testament to her love of all those in her life. She was a dear friend to many people, and she cared deeply for all those in her life. She was an incredible wife, mother and grandmother, and her family will miss her terribly. There will be a memorial service on Saturday, September 17, at 11:00 AM central time at Government Street Presbyterian Church in Mobile, Alabama with a reception immediately following that in Point Clear. At a later date, there will be celebrations of her life arranged in England and in the Bahamas. In lieu of flowers, MayBeth would have wanted contributions made to the Smith-Magenis Syndrome Research Foundation www.smsresearchfoundation.org.
See more See Less

In Memory of MayBeth "Walker" Bruckmann