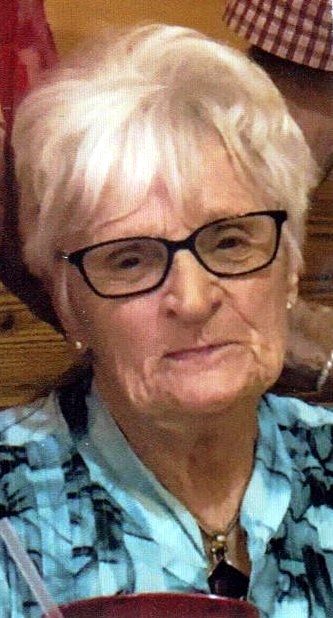 Ruth Ward Worrell, 92, went to be with her Lord and Savior on Saturday, November 20, 2021. Ruth was born to Hanlin Jones Ward and Leva Thompson Ward on August 26, 1929 in Bibb County, Alabama. She was an active member of Harmony Baptist Church, and was a member of the Women’s Missionary Auxiliary. Ruth was always willing to donate her time and talents, and was lovingly called the “queen”. She retired from Sam’s Club at the young age of 80, with her annual review stating, “A complaint was never filed against her by another coworker.” Ruth was loved by all who encountered her, and she will be greatly missed. Ruth was preceded in death by her husband, Charles F. Worrell, Sr.; parents; grandson, Robbie Baker; and sister, Emmalaine Hobbs. She is survived by her children, Charles F. Worrell, Jr., Deborah A. Stewart (Cecil), and Joseph D. Worrell (Amberly); grandchildren, Frankie Worrell, Brian Busby, Amanda Ruskin, Tommy Worrell, and Sephina Worrell; great-grandchildren, Danielle King, Jazmine Davis, Destiny Busby, Sierra Busby, Dakota Ruskin, Abigail and Aria Ruskin; great-great grandchildren, Maddie Lyon, Harper Ruth King, and Dawson Jennings; brothers, John Ward (Jean) and Don Ward (Eleanor); sister, Leeanna Webb; as well as numerous nieces, nephews, and other cherished family and friends. Visitation for Ruth will be held on Wednesday, November 24, 2021 from 9 a.m. until 10 a.m. at Pine Crest Funeral Home on Dauphin Island Parkway in Mobile, with a chapel service immediately following. Interment will be in Pine Crest Cemetery. In lieu of flowers, the family requests donations be made to the Women’s Missionary Auxiliary.
See more See Less

In Memory of Ruth Ward Worrell