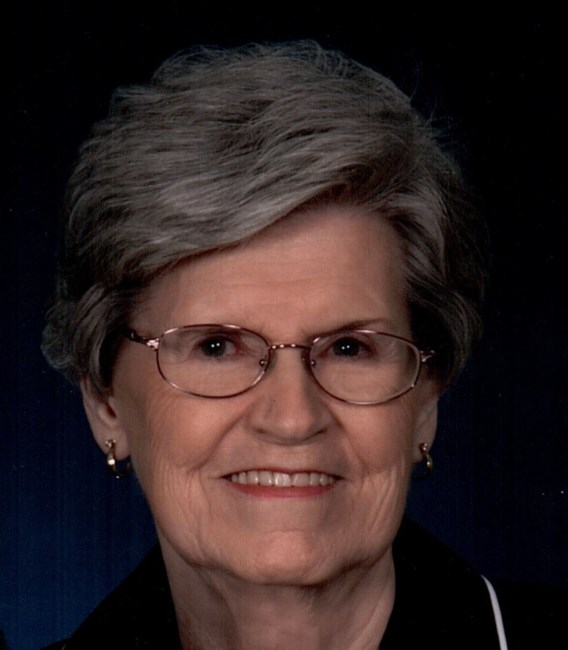 Juanita Marie King, 85 of Nacogdoches passed away on Friday, June 11, 2021, at Stallings Court. Born March 22, 1936, in Trawick, Nacogdoches County, Texas she was the daughter of George Watley Phillips and Clara Banks Phillips. She is preceded in death by her husband of 61 years, James Willis King, infant daughters Anita Louise and Marietta Faye King; brothers Raymond (Hal) Phillips, Robert E. Jones and George Phillips; sisters, Louise Phillips Smith and Verleen Burgess. Mrs. King began her career in Houston, Texas with Mortgage and Trust, Inc in 1966. After moving back the Nacogdoches, she became Vice President at Nacogdoches Savings and Loan. She retired March 30, 2001 from BancorpSouth in Nacogdoches, Texas. Survivors include son, James W. King, Jr. (Buddy) and wife Terri of Tomball, Texas; six grandchildren, Jordan King, Jaimee Mullins, Jacob King, Ray Alexander, Garrett Alexander and Lora Alexander Glover and eight great-grandchildren, James Austin and Hayden Scott Alexander, Jordan Loushin, Jasmine, Erica and Emily Glover, and Karsyn and Paityn Kuhn; and a host of nieces and nephews. The family will receive friends, Sunday, June 20, 2021, from 4:00 until 6:00 PM at the funeral home. Funeral services will be held, 11:00 AM, Monday, June 21, 2021, Cason Monk-Metcalf Sunset Chapel. Interment will be at Sunset Memorial Park. In lieu of flowers donations may be made to the Alzheimer’s Association, 118 E. Hospital Street, Nacogdoches, Texas 75961. Arrangements are under the direction of Cason Monk-Metcalf Funeral Directors, Nacogdoches.
See more See Less

In Memory of Juanita Marie King