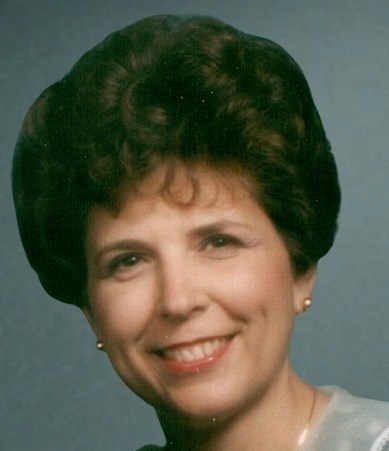 Melanie Jane (Brecht) Deaton, 74, of Payne Springs, Texas passed away on Thursday, July 28, 2022, in Tyler. She was born December 30, 1947 in El Dorado, Arkansas, to parents Charles Thomas Brecht and Irma (Stringfellow) Brecht. Mrs. Deaton graduated from Mesquite High School class of 1966 and attended Stephen F. Austin State University in Nacogdoches, Texas. She married the love of her life, James, at College Heights Baptist Church in Nacogdoches, Texas on December 20, 1967. Melanie worked with James in the family businesses: Deaton’s Cleaners, The Corner Stone, and First Team Restoration. She also enjoyed her time working with Texas Power and Light in Nacogdoches and gift stores in Houston. While living in Nacogdoches she was also an active member of Calvary Baptist Church where she attended with her family. Melanie loved spending time with her family. Her children, grandchildren and great-grandchildren brought her so much joy. She loved to travel and explore the world with her husband, James. Together they traveled to London, Italy, Belgium, Germany, Mexico, Alaska, Hawaii and many other destinations within the United States. She was a collector and had an eye for antiques. While in Nacogdoches she even owned an antique store & gift shop, The Corner Stone. Over the years she has acquired an extensive collection of Hummels. While at home, she enjoyed spending time outside gardening and always had an impressive array of plants and flowers at the homes she and James shared. Mrs. Deaton was preceded in death by her parents. She is survived by her husband, James Deaton of Payne Springs, Texas; daughter, Michelle Hagmann and her husband Michael Hagmann of Crandall, Texas; daughter, Angie Deaton of The Colony, Texas; grandchildren, Hannah Burkham and her husband Josh Burkham of Payne Springs, Texas, Hunter Hagmann and his wife Macy Frazier of Canton, Texas, and Hayden Hagmann of St. Cloud, Florida; great-grandchildren, Corey Ray, Chloe Jane, and Caitlyn Michelle Burkham, all of Payne Springs, Texas; brother, Tim Brecht and his wife Kathy Brecht of Waxahachie, Texas; and nephew, Tommy Brecht of Dallas, Texas. A visitation will be held Thursday, August 4, 2022 from 1:00 PM to 2:00 PM at Cason Monk-Metcalf Funeral Directors, 5400 North Street, Nacogdoches, Texas 75965, followed by a funeral service at 2:00 PM. Interment will follow at Sunset Memorial Park. Serving as pallbearers will be Mike Hagmann, Hunter Hagmann, Hayden Hagmann, Tommy Brecht, and Josh Burkhamm. Honorary pallbearers will be Corey Burkham and Tim Brecht. Arrangements are under the direction of Cason Monk-Metcalf Funeral Directors, Nacogdoches.
See more See Less

In Memory of Melanie Jane Deaton