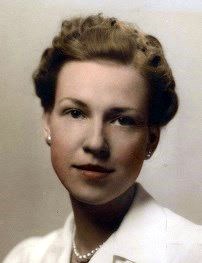 Sankiewicz, Wanda (Rotkiewicz) Born: Dec.18, 1917 in N.H. Died Dec.13, 2016 in Calif. Widow of Bronislaw Sankiewicz (Bruno) and further predeceased by her parents, Helena and Joseph Rotkiewicz, and sisters Sophia, Stella, Mary, and Stephanie. Educated in the Nashua, N.H. schools, she graduated from Nashua Business College and the Mandel School for Medical Assistants in New York City. She was a veteran of World War II, having served in the Navy (WAVES) for three years, stationed in Wash. D.C. She mostly worked in the Medical field, and then 18 years in the Santa Monica P.D. She was interested in the crafts and Arts. And traveled extensively. After every trip she had an amusing anecdote to relate about her latest adventure. She is survived by two brothers, Joseph and Daniel, a sister Jay, and numerous nieces and nephews. A funeral service will take place on Friday, January 20th at 10:30AM at the Zis-Sweeney Funeral Home, 26 Kinsley St. Nashua.
See more See Less

In Memory of Wanda Sankiewicz