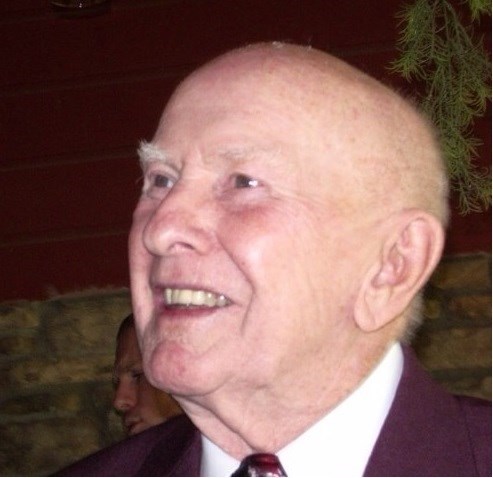 William John McCabe, 89, passed away suddenly on Friday, April 7th, 2017 in Spring Hill, Florida. Born on June 11th, 1927 in Lowell, MA, he was the son of the late William James and Gladys (Lloyd) McCabe. William is a graduate of Lowell High School and proudly served his country in the United States Navy during World War II until he was honorably discharged in 1946. While serving he was the recipient of: The World War II Victory Medal, the American Area Campaign Medal, the Asiatic-Pacific Area Campaign Medal, and the Philippine Liberation ribbon. William had a love for swimming and enjoyed playing golf. He was a long time communicant of St. Johns Church in Chelmsford, MA, and St. Josephs Church in Ossipee, NH, where he was a member of the choir. While raising his family and residing in Westford, MA he was employed with the Massachusetts Correctional Institution, Concord MA. He retired after 38 years as an Assistant Deputy Superintendent. After retiring William and his wife Marilyn moved and resided in Tamworth, New Hampshire. William was married to his beloved wife Marilyn (Mahon) McCabe for 63 years. Survived by his three daughters: Kathleen A. Lowrey and her husband J. Douglas Lowrey, of Spring Hill, FL, Ann Malburne and her husband Barry Malburne, of Litchfield, NH, and Cheryl McCabe-Charron and her husband John Charron of Rindge, NH. Five grandchildren, Eric S. Lowrey, John Lowrey, Dr. Meredith Malburne-Wade and her husband Captain Jeremy Wade, Katelyn Charron, and Megan Charron; as well as several nieces, nephews, and cousins. Predeceased by his wife Marilyn, brother James, and two sisters Shirley and Mildred. Visiting hours will be held on Tuesday, April 18th, 2017 from 4:00PM-8:00PM at the Zis-Sweeney Funeral Home, 26 Kinsley St. Nashua. A Mass of Catholic Burial will take place on Wednesday, April 19th, 2017 at 10:0AM at St. Christopher Church, 62 Manchester St. Nashua. NH. Burial will follow at the New Hampshire State Veterans Cemetery, Boscawen, NH.
See more See Less

In Memory of William John McCabe