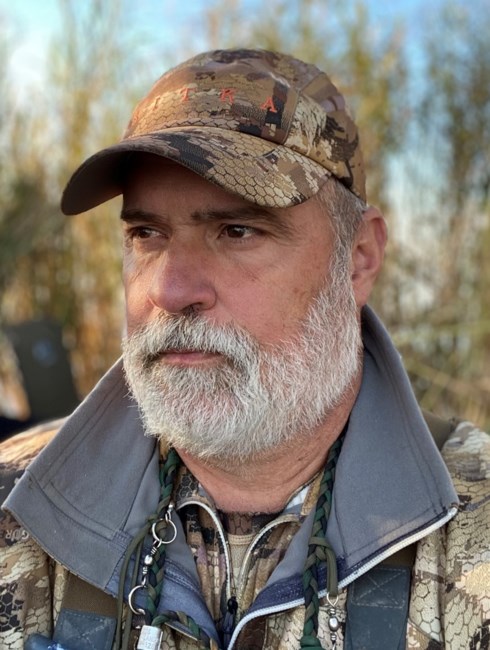 On Tuesday, September 20, 2022, Christopher “Chris” Dean Charpentier, a resident of Berwick, was called home at the age of 56. The world lost a great husband, father, grandfather, son, brother, uncle, friend, and leader. Chris was born in New Iberia, Louisiana on December 2 nd , 1965. He was the middle son of three born to Lloyd and Juanita Charpentier. On August 11, 1990, he married the love of his life, Sandy Campbell Charpentier. Together they were blessed with two children, Katelyn and Christopher. Chris was devoted to his family. He loved being surrounded by his family. Chris cherished watching his son play baseball. Some of his favorite memories were spent at ML “Tigue” Moore Field at Russo Park while his son played for UL Ragin Cajuns Baseball. He loved spending quality time in the kitchen with his daughter. Together, they would enjoy listening to music, talk about life, and cook the family’s favorite meals. Chris took advantage of every opportunity he had to spend time with his four grandchildren. He loved being involved in their lives. His grandchildren were his world. Chris was an avid outdoorsman. During hunting season, he would be found at the camp enjoying the outdoors with his family. He never missed a chance to go hunting with his grandson. In his spare time, Chris was a craftsman. He spent years collecting a variety tools and exotic woods to build things for those he loved. He often could be found in his shop working on his newest project. Together, he and his wife enjoyed taking on home improvement projects. Chris will be forever remembered as a man who would drop everything to help family and friends in need. He will be sadly missed and lovingly remember by his wife, Sandy Charpentier; his two children, Katelyn Mayeux and husband Jesse, and Christopher Charpentier and longtime girlfriend Katherine Patin; his four grandchildren, Kallie, Lincoln, Dorothy, and Eloise Mayeux; his fur babies, Darla, Willow, and Cash; his father, Lloyd A. Charpentier; two brothers, Lloyd E. Charpentier and Timmy Charpentier; mother-in-law, Juanita Florez; and sister-in-law, Lisa Gratale; and numerous nieces, nephews, and extended family. Chris was preceded in death by his mother, Juanita Romero Charpentier, and his grandparents Ellis and Sue Romero, and Percy and Irene Charpentier. Those honored to serve as pallbearers will be Zackery Charpentier, Grant Charpentier, Nicholas Charpentier, Tyler Savoie, Michael Broussard, Rocco Gratale, Peter Gratale, and Bret Goudeau. A funeral service celebrating the life of Chris will be held at 2:00 pm on Monday, September 26, 2022 at Evangeline Funeral Home in New Iberia. Pastor Mark Gowan will officiate. Immediately following the services, Chris will be laid to rest at Holy Family Mausoleum. A gathering of family and friends will be held at the funeral home on Monday from 10:00 am until the time of services. To view the on-line obituary and sign the online guest register, please visit www.evangelinefuneralhome.com. Evangeline Funeral Home of New Iberia is in charge of arrangements.
See more See Less