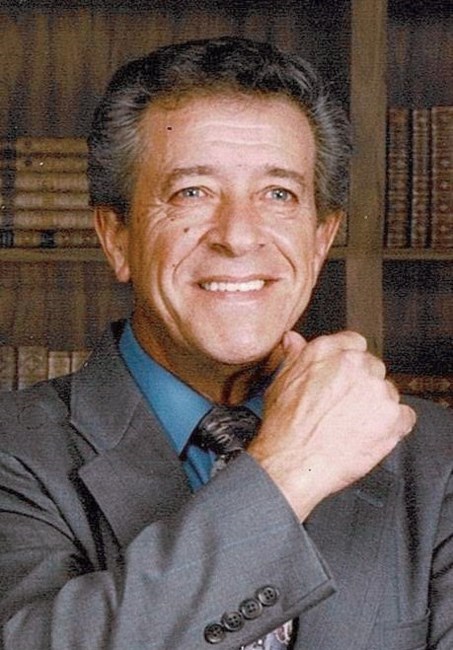 NEW IBERIA – Funeral services will be conducted for Jimmie M. Langlinais at 1:30 pm on Saturday, November 6, 2021 at Evangeline Funeral Home of New Iberia. Deacon Marty Canon will officiate. Interment will follow at Holy Family Mausoleum where Mr. Langlinais will be laid to rest with Military Honors.

A gathering of family and friends will take place at Evangeline Funeral Home on Saturday from 9:00 am until the service time. A rosary will be prayed at 11:00 am.

A native and resident of New Iberia, Mr. Langlinais passed away on Wednesday, November 3, 2021 at his residence.

Jimmie M. Langlinais was born in Youngsville and lived most of his life in New Iberia- with the exception of one year spent in Jeanerette at the age of nine. He was preceded in death by his loving wife, Helen “Judy” Romero Langlinais, who was the daughter of Adam and Gladys Romero; parents, Wilson Langlinais and Delia Leleux Langlinais LeBourgeois; and step-father, Mason LeBourgeois.

Jimmie was honorably discharged from the U.S. Marine Corps having served from October 9, 1956 thru October 7, 1958. He then worked for Surveyor Pratt Munson and then Bayou Welding as a roustertbout. Jimmie retired on May 14, 2017 after 58 years and with the Avery Island Salt Mine under International Salt, AKZO Nobel, and Cargill Deicing Technology. As a youngster, he played hard ball behind Our Lady of Perpetual Help Catholic Church and later soft ball with International Salt (then knowns as the Adam Romero Softball Team.) A loving father, grandfather, great grandfather, brother, uncle, and friend, Jimmie will be truly and deeply missed by all those who knew and loved him.

To view the on-line obituary and sign the guest register, please visit www.evangelinefuneralhome.com.

Evangeline Funeral Homes, Inc. of New Iberia is in charge of arrangements.

In Memory of Jimmie M. Langlinais