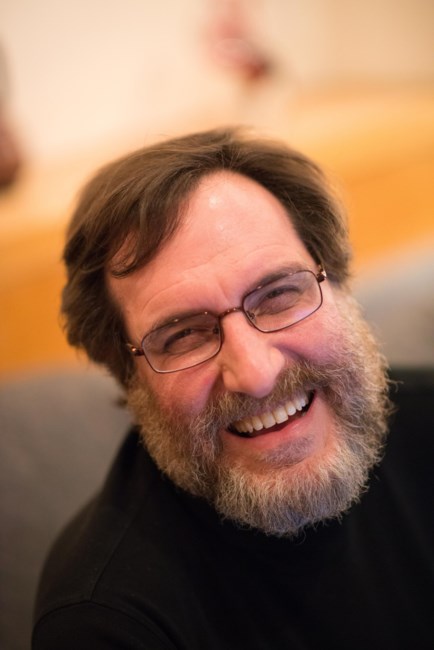 Bruce Regal (1957-2019) Bruce Regal, Senior Counsel for the Law Department of the City of New York, passed away on March 7, 2019 at the age of 62 after an extended illness. He is survived by his wife Theresa Brown, brother Ken (Judith Ruszkowski), sister Cynthia Balchunas (George), uncle David Krupp, in-laws Jerry and Shirleen Brown, as well as nieces and nephews and numerous cousins, friends, and colleagues. He was pre-deceased by his parents, Arthur Regal and Barbara Krupp. A native of Brooklyn, New York, Bruce spent his childhood on Long Island, southern New Jersey, and Pittsburgh PA. In 1978, he graduated Phi Beta Kappa with highest honors in Government from Oberlin College, and earned his J.D. in 1981 from Columbia Law School. As a public servant for the people of New York City, Bruce served in the Law Department from 1983 until his death, focusing on the city’s telecommunications needs and a variety of economic development issues. Widely respected as a leading expert on municipal regulation of telecom, he served from 2011 to 2015 on the Intergovernmental Advisory Committee of the Federal Communications Commission, including a term as the Committee’s Vice Chair. He represented the City in its successful oral argument before the Second Circuit Court of Appeals in 2009 in Global Network Communications v. City of New York. The case has since become an important precedent in support of local government authority in telecommunications franchising. Former Law Department Economic Development Chief Len Wasserman described Bruce as “without a doubt . . . a telecom giant, the City's leading expert on all things telecom.” Agreements he developed, drafted and negotiated with major telecom firms ensure critical communications services to the public and the City and while also providing over $100 million a year in revenue for the City. According to Betty Woo, current chief of the Economic Development Division, “Bruce not only contributed to the transformation of the western waterfront in Lower Manhattan . . . but he has truly been the single most instrumental force at the Law Department in bringing the City into the 21 century in the field of telecommunications law and policy,” He continued to serve the Law Department with insight and wit right up until his death, even after a rare and debilitating respiratory illness limited his mobility. A man of immense intellectual curiosity, Bruce surrounded himself with books of nearly every genre and subject. Together with Theresa, he traveled extensively, adventuring to all seven continents, enjoying equally the wonders of nature and human culture. The Great Wall of China, penguins on Antarctica, lemurs in the rainforest of Madagascar, and a performance of Aida staged in ancient Roman ruins were not mere items to check off on a bucket list, but paths to truly soak in all that the world has to offer. In spite of family relocations from city to city as a youngster, he was always a quintessential New Yorker, returning to the City to study law and settling permanently on the West Side of Manhattan. Bruce was an avid patron of New York’s unique cultural assets, from museums to exotic cuisine and from opera halls to Citifield. A lifelong Mets fan, from 2007 to 2010 he authored the Metaforian blog, (still visible at http://metaforian.blogspot.com/), contributing ingenious wordplay and unlikely pearls of wisdom to online discussions of obscure baseball statistics. And his 2006 proposal to radically restructure the Major League Baseball pennant race and playoffs with what he termed a “challenge round” received more news coverage than Global Network Communications v. City of New York. Throughout his life and career, Bruce was progressive in his political values, pragmatic in his approach to advancing those values, and fervent in a commitment to rational, thoughtful, and evidence-based policy-making. These values inspired and informed both his dedication to the law in general and his career choice to represent the public sector rather than defend the pursuit of private profit. In keeping with his humanist ethic, personal modesty, and dislike of ritual, no formal funeral is planned. Family and friends are invited to share recollections of Bruce at a memorial gathering at the Riverside Memorial Chapel at 180 West 76th Street on Tuesday March 12 at 4:00 pm In lieu of flowers, donations are requested to Oberlin College, Bosworth Hall #208, 50 West Lorain Street, Oberlin, OH 44074, or Just Harvest, 16 Terminal Way, Pittsburgh, PA 15219.
See more See Less

In Memory of Bruce REGAL