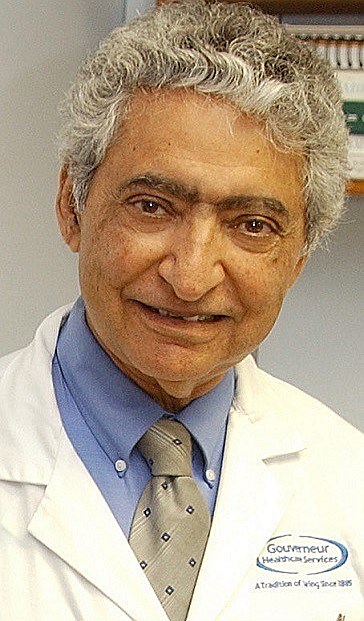 Good thoughts, good words, good deeds. Dr. Hooshang Behroozi embodied the essence of this Zoroastrian ethos. An extraordinarily caring and dedicated pediatrician, and a loving Amoo, brother, son, colleague, mentor, and friend, Dr. Behroozi died April 16 due to the coronavirus. Born July 11, 1928 in Kerman, Iran, Hooshang was the youngest of four sons. His father, Hormozd Behroozi, was an exporter of handmade carpets and his mother, Firoozeh, a home maker. With a limitless love of learning, Hooshang earned his medical degree at Tehran University in 1957. Encouraged by his oldest brother and the promise of opportunity in America, Dr. Behroozi moved to New York for his residency at Beth Israel Hospital. He simply loved New York and its people, embracing its cultural richness and energy. He lived in Peter Cooper Village and was part of the community until the end. All of his brothers, as well as his mother and father, eventually settled in the US or Canada. Dr. Behroozi’s parents lived with him for many years. In the early 1970s, Dr. Behroozi joined the Pediatrics Department at Gouverneur Hospital, a public hospital on the Lower East Side. He served for a time as Head of Pediatrics and was Clinical Assistant Professor at NYU Medical School for most of his career. Loved by patients and colleagues alike during his more than five decades at Gouverneur, he treated thousands of children over multiple generations, many of them immigrants like himself. As adults, former patients would bring in their children, grandchildren, and even great-grandchildren, asking for Dr. Behroozi by name. So impressive was his longevity and commitment to his work, that some of the same medical students he took on rounds decades before, retired long before he did. He officially retired in 2015 at the age of 87, but continued to see patients one or two days a week for the next few years. Colleagues, students, and patients loved and admired him for his keen intellect, optimism, enthusiasm, sense of humor, and kindness. Dr. Behroozi’s family asks that this cherished other family include their fond memories of him in the guest book. Dr. Behroozi was honored with numerous awards and recognitions during his distinguished career, including Doctor of the Year by New York City Health + Hospitals. In retirement, he continued to satisfy his life-long love of learning and interest in the latest advancements in medicine by reading journals and attending rounds at NYU. He loved Persian poetry and song, playing the daf and singing at family gatherings, and reciting long poems from memory for his beloved best friend Maryam, who he met in 1993. In addition to Maryam, Dr. Behroozi is survived by numerous nieces and nephews and their spouses including Mitra (Chris), Hormoz (Cecile), Cyrus (Tom), Michelle (Todd), Teri (Bob), Dara (Mehrbanoo), and Robin, as well as several grand nephews and nieces, and his family of colleagues at Gouverneur and NYU. Memorial contributions may be made to New York City Health + Hospitals and TheDream.US
See more See Less

In Memory of Dr. Hooshang Behroozi