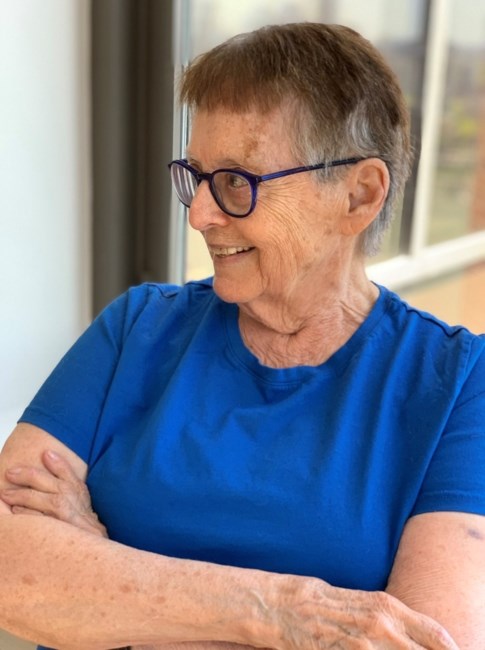 Linda Jones Roccos, née Linda Susana Jones, age 85, passed away peacefully surrounded by her loved ones on September 27, 2022 at Mount Sinai Hospital in New York City. The cause of death was heart failure. She was born on May 11, 1937 in New York City to Francis and Doris Jones. She spent her childhood with her sister, Karen Jones (deceased 2015), and her brother, Thomas Jones, in New York City and Greenwich, Connecticut. In 1960 she married Stelios Roccos of Greece, who preceded her in death in 1982. Linda graduated from New York University, where she was awarded Bachelor’s and Doctorate degrees in Art History. She also earned two Master's degrees: one in Art History from Hunter College and another in Library Sciences from Rutgers University. Linda was an art historian, writer, professor, PhD, archaeologist, and librarian. For many years, Linda worked in academia. She was a fellow at the American Academy in Rome and the American School of Classical Studies at Athens. Her field of study and expertise was Ancient Greek costumes; she authored “Ancient Greek Costume: An Annotated Bibliography, 1784-2005.” Linda was a life-long learner. She loved reading, opera, ballet, and museums, volunteering for many years at the Whitney Museum of American Art, Lincoln Center and WNYC. She was an avid traveler. What Linda cherished most of all was being with her children and grandchildren. She was a dedicated and loving mother, grandmother, sister, and aunt. Linda is survived by her four children: Michael Roccos, Daphne Prinz and her spouse Thomas, Christina Roccos and her spouse Martin Smithmyer, and Alexis Roccos and his spouse Carrie. She is also survived by her brother, Thomas Jones, and her six grandchildren, Nikolas Roccos, Katrina Roccos, Luke Prinz, Antonia Smithmyer, Cecilia Smithmyer, and Georgia Smithmyer, as well as her nieces and nephews, Erica Shapeero, Andrew Lindberg, Rebecca Dellanini, Giorgos Roccos and Pantelis Roccos.
See more See Less

In Memory of Linda ROCCOS