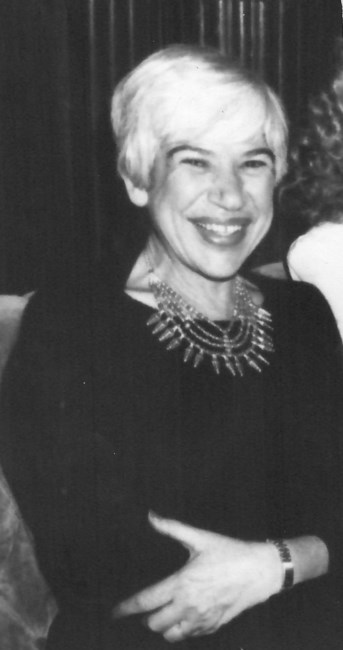 Dr. Shirley Zussman passed away on December 4, 2021 at the age of 107. She died of old age. Shirley Dlugasch Zussman was born on July 23, 1914, five days before the beginning of World War I, and six years before women’s suffrage. She survived the 1918 flu epidemic and two years of Covid. She was born on the Lower East Side of Manhattan to Dr. Louis Dlugasch, a physician, and Sara Steiner, a surgical nurse. Her family soon moved to Brooklyn where Shirley lived until graduating high school at Girl’s High. Shirley attended Smith College and graduated in 1934. Soon after, she attended the Columbia School of Social Work, and then embarked on her career that took her to such places as the Jewish Family Service, the Child Development Center of the Jewish Board of Guardians, and Lenox Hill Hospital Psychiatric Clinic. She also taught at Finch College. She married Dr. Leon Zussman, an Obstetrician-Gynecologist in 1940 with whom she had two children, Marc and Carol. She began doing more psychotherapy in private practice, and earned her doctorate in 1957 at Columbia Teachers College under the tutelage of noted anthropologist Dr. Margaret Mead. In 1966, Shirley and her husband began to work with the revolutionary sex therapists William Masters and Virginia Johnson. As a dual sex therapy team, the Zussmans were co-directors for ten years at the Human Sexuality Program at Long Island Jewish Hillside Medical Center. She and Leon lectured around the world, wrote many articles, and were featured on TV and radio. Together, they wrote Getting Together: A Guide to Sexual Enrichment for Couples (William Morrow, 1979). After her husband’s death in 1980, Shirley was elected twice as President of the American Association of Sex Educators, Counselors and Therapists. She wrote the monthly column “Sex and Health” for Glamour Magazine for fifteen years, and “Talking Sex” for a children’s magazine. She was also editor for the newsletter “Sex Over Forty.” She was a guest on Phil Donahue, Twenty/Twenty, the NBC Nightly News, CBS News, Oprah, and Barbara Walters. Shirley was sought for interviews by many publications including New York Magazine, Cosmopolitan, USA Today, Mademoiselle, Harper’s Bazaar, Vogue, Newsweek, the New York Post, and the New York Times. Time Magazine published an article and video for the event of her 100th birthday. Finally, Shirley took part in a Dutch film (2021) called “100 Up,” a documentary by Heddy Honigmann about people living thriving and productive lives after age 100. Amazingly, Shirley continued her private practice until she was over 105, and was an active participant in a writing group until then. At 103, a collection of her essays was published with the title “What’s Age Got to Do with It?” She also had a blog with the same name. Shirley told so many people that they were so special to her. The beautiful fact was that so many people were indeed special to her, and she was special to them. Shirley was the most generous person that any of us ever knew. Shirley is survived by her son Marc Zussman (Rebecca Turner), her daughter Carol Sun (Climbing Sun), her niece Linda Pruzan, and her grandchildren Michael Zussman (Alana), Yair Zussman (Deidra) and Rayna Savrosa (Rino Bortolin), and step grandchildren Austin Tyler and Maluna Dean. She is also survived by seven great-grandchildren: Ariel, Aviya, Sara, Jonah, Levi, Zev, and Lydia.
See more See Less

In Memory of Shirley Zussman