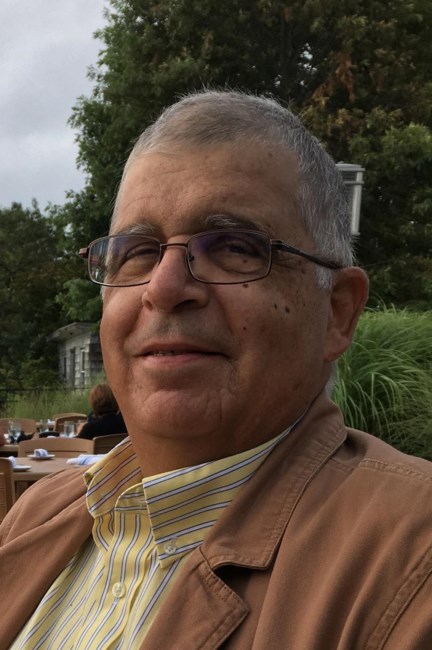 Claude Richard Pellegrino, of Niantic and formerly of Sprague, passed away on June 12, 2021. He was born on January 19, 1950, in Brooklyn, NY, the son of Claude and Rose Pellegrino. Claude was a graduate of Brooklyn Technical High School and Brooklyn College. He briefly taught mathematics at Brooklyn Technical School before serving in the United States Army for two years. After his military service he joined Chase Manhattan Bank in the Management Science division. At the time of his retirement he was Vice President of Market Management Risk with 30 years service. When he made Vice President he was the youngest employee to have this title. While at the bank he developed NEMESIS in the late 1970s for internal balance sheet accrual risk analysis. In the early 1980s a version was developed for the PC and sold around the world for ten years until sold to a competitor. Claude met his wife of 41 years Susan Zimmerman while developing NEMESIS. In 1980 they purchased an 18th century home in Hanover (Sprague) CT where Claude spent many happy hours renovating the house and managing the forestland. He was elected to the Sprague Board of Finance in 1992 and served four six-year terms. He also served on the boards of the Integrated Day Charter School, Avalonia Land Trust and the Uncas Health District. Claude co-authored a technical report for the Department of the Army and an article on internal ratings migration for The Risk Management Association. He achieved many awards during his lifetime including a Commendation for Special Achievement from the Department of the Army, Best in Class in his New School Philosophy class, and Sprague Democrat of the Year in 2019. Claude was a masterpoint bridge player and a member of MENSA. Claude loved trains both large and small. He was an armchair traveller enjoying tales from his wife’s travel adventures. Claude is survived by his wife Susan Zimmerman; children Seth Pellegrino of Portland, OR, and Emily Pellegrino of Colchester; sister Catherine Castellano of Saddle River, NJ; cousins Dennis Pellegrino of Azusa, CA, Barbara LaManna of Kernersville, NC, and Carol Simonetti, of Cape Coral, FL. He was predeceased by his sister Jodi LaNatra. A calling hour will be held on June 18, 2021 from 2-3 p.m. at Fulton-Theroux Funeral Home, 13 Lake Ave., Niantic, followed by a memorial service beginning at 3 p.m. at the funeral home. In lieu of flowers memorial donations may be made to the Integrated Day Charter School Foundation, Friends of the Shetucket River Valley, and the Children’s Museum of Southeastern CT.
See more See Less

In Memory of Claude Richard Pellegrino