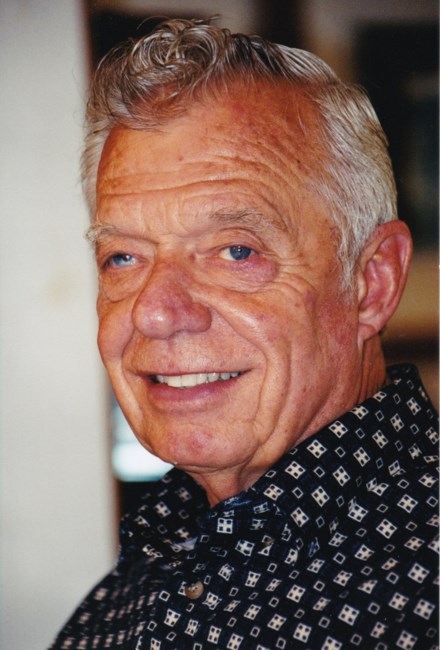 Paul was born to Martha and Paul Brown Sr in Guymon OK. He was one of 6 children. Paul graduated high school in Temple, Oklahoma. He went on to continue his studies at OCU where he received his degree in mathematics. Prior to college he worked in the oil fields of Oklahoma and continued to do so while attending college. After college Paul worked for several military contractors taking him and his family to California, Virginia, Kentucky, and New Mexico. In 1968 he went to work for the national laboratory in Los Alamos, NM. He was one of the principal developers of the laboratory’s unique central alarm systems and won many awards throughout his career. He retired from the lab in 1993. After retiring from the National Laboratory he and his wife Deanne moved to Vinita Ok to pursue his dream of being a horse rancher. Upon retiring from ranching they moved to Norman, Ok. He loved their time on the ranch with the horses, cows and many dogs but most of all he loved God and time spent with his family. Paul has 3 children, 2 step children and 4 grandchildren. Throughout life, in addition to his horses, Paul was a great animal lover. He also enjoyed silversmithing, gardening and singing silly songs. He loved to quilt with his wife Deanne, he had a great eye for color. Paul had many nicknames, such as Tit-Tat, Sweet Tater, grand Paul, and Lowie, just to name a few. He was also known as Duane to his brothers and sisters. Paul is survived by his loving wife Deanne Brown, children and step children, Mark (Daelene) Brown, Jennifer (Greg) Holland, William Krauser, Paul (Meredith) Brown, Marci (Doug) Partin, grandchildren Liam and Savannah Holland, Kyle and Lauren Partin, brother Don (Aline) Brown, sister Becky Brown (Verda Hinkle), brothers-in-law David Bechtol, Richard Nichols, sisters-in-law Bernice (Barry)Harmer, Debbie (Gregg) Janus and Beverly Nichols, numerous nieces, nephews and many many friends. He never knew a stranger. He is preceded in death by his parents Martha and Paul Brown, 3 sisters, Jeanette Owen, Bobby Evatt and Mary Bechtol, and brother-in-law Mark Nichols. The family will have a Celebration of Life on October 8th in Norman, Ok Fond memories and expressions of sympathy may be shared at www.primrosefuneralservice.com for the Brown family.
See more See Less