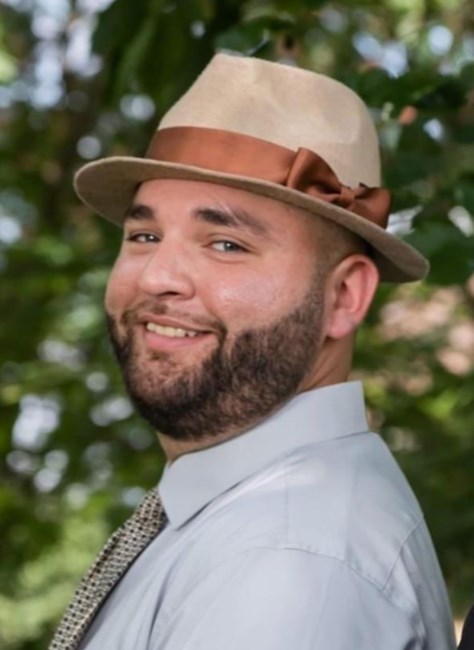 Anthony Lucas Toledano, 27, of Olathe, Kansas passed away at home on Monday, July 25, 2022. He will forever be remembered as a devoted son, loving brother, uncle, nephew, cousin, and friend to everyone he knew. "Tony", as he was known by his family and friends was born on February 18, 1995 in Los Angeles, California to Enrique Toledano and Alicia Julieta Zelada. He attended and graduated from Olathe Northwest High School in Olathe, Kansas. He worked for ten years at Olathe Toyota and his passion was building and racing race cars. In his spare time, he enjoyed playing his guitar, playing dominos, watching anime (Naruto and Initial D), and watching Chief's football games with his uncles and cousins. Tony was a member of the SCCA Club (Sports Car Club of America). Tony held a special place in his heart for his mother and grandmother "Lita". He enjoyed spending time with his family and especially the times he spent with his two nieces and his cousins. He was considered the life of the party, a funny, sincere, and kind individual. He loved celebrating holidays and birthdays with his family when he would make his famous Cuban coffee which was delicious. He was a loving son, brother, nephew, and friend. He was the life of the party, always joking, being silly, and loud. If you ever needed help with anything Tony would be there without hesitation. He will surely be missed. Tony is preceded in death by his father, Enrique Lucas Toledano. He is survived by his loving mother, Alicia Zelada, grandmother Josefa "Lita" Barrios, two brothers, Christian Enrique Toledano of Olathe, Kansas, Michael Fernando Toledano and his wife Claudia Jasso of Olathe, Kansas and his sister, Jacqueline Maria Toledano-Rhodes and her husband Tyler Rhodes of Olathe, Kansas. Left behind to cherish his memory are his two nieces, Vanessa Toledano and her younger sister Emma Campbell, one expected nephew on the way, Kelly and Adrian Gudiel to whom he became very close. Tony is also survived by his two uncles Edwin (Rolando) Zelada and his wife Martha of Olathe, Kansas, Ramiro B. Zelada Jr. of Roeland Park, Kansas, and his aunt Maria Uni Zelada of Clearwater Florida, four cousins, Stella Zelada, Leslie Zelada, Christopher Zelada, Christina Zelada and his pet dog "Scooby". "Celebration of Life" will be Friday, July 29, 2022 from 5:00 p.m. - 8:00 p.m. at the Mc Gilley & Frye Funeral Home 105 East Loula Street Olathe, Kansas. A prayer service is scheduled for 7:15 p.m. during the Celebration of Life at the funeral home. Condolences may be offered at: www.McGilley-Frye.com
See more See Less

In Memory of Anthony Lucas Toledano