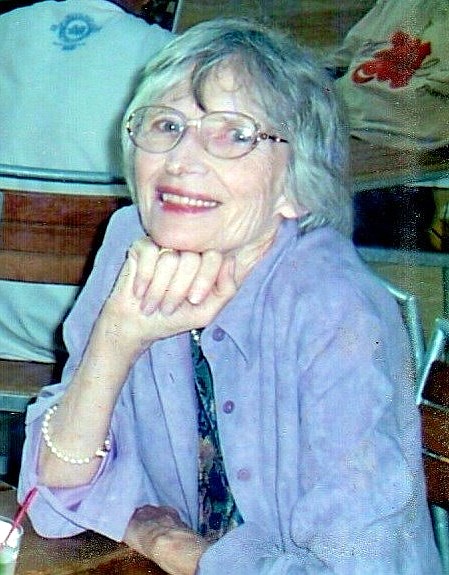 Elaine Tierney died peacefully, surrounded by her daughters and music, on June 20 at Maplewood Senior Living in Brewster, MA. She was 87 years old. Born in Elmhurst, N.Y. in 1931, Elaine was raised in Flushing, Queens by her parents, Marion O’Connor of New York City and Joseph Lavin of Ireland. She had two older brothers, Richard and Gerald, who loved to tease their baby sister, but also instilled in her a love of baseball. Her extended family included an array of wonderful aunts (Marion’s sisters) and cousins, whose influence on Elaine lasted her lifetime. Growing up in a boisterous Irish family provided stories and memories she was able to share for years. Elaine graduated from Bayside High School in 1949 and Queens College in 1953. After college she worked for the Department of Welfare on the Lower East Side of Manhattan, assisting displaced women and their children. Baseball changed her life forever when she met Joe Tierney, another baseball fanatic. They found they had other shared interests (love of dogs, movies, Coney Island), and they married in 1955. Once her three daughters were born, Elaine went back to school to get her teaching degree. In 1967, the family moved from Deer Park, N.Y., to Setauket, N.Y., where Elaine became a first grade teacher at Nassakeag Elementary School in the Three Village School District. At Nassakeag, she was able to make a difference in children’s lives for nearly 20 years. After retiring in 1986, Elaine and Joe moved to Cape Cod, MA. The home they built in Brewster became a hub of family gatherings and many Thanksgiving celebrations. They also loved to travel, and went on many adventures across the United States, the Caribbean and Europe.. Elaine volunteered at Cape Cod Hospital for many years, and at Wellfleet Elementary School. She loved taking dance class, singing with the group Common Voices, lunching with her group of Red Hat ladies, and enjoying her nightly Manhattan cocktail. Although Alzheimer’s disease took its hold, her love of music, singing, dancing -- and Manhattans -- never diminished. In addition to her parents, Elaine is predeceased by her husband, Joe, who died in 2013; her brother and sister-in-law, Richard and Terry Lavin; and her brother Gerald Lavin. She is survived by her three daughters and their families: Loraine and Mike McNaboe of Farmington, CT.; Jill and Doug Heneghan of Vestal, NY; and Barbara Tierney of Orleans, MA. Five grandchildren: Peter McNaboe of Farmington, CT., Keith McNaboe and his girlfriend, Meaghan, in Cambridge, MA., and Jennifer McNaboe in Brookline, MA.; Dan Heneghan and his wife, Melissa, in Atlanta, GA., and Mike Heneghan and his girlfriend, Courtney, and her daughters Isabella and Leighton, in Cartersville, GA. A great-granddaughter is due in October. Also surviving are her beloved cousins, Mary Jane Dean and Betty Reilly; nieces Mimi Lavin Ruggiero and Nancy Lavin Albert; nephews Richard, Robert and Tony Lavin; and their families. Special thanks to all the staff at Maplewood at Brewster, especially Marcia Campbell, who always knew how to make Elaine laugh. Thanks also go to Broad Reach Hospice, family friend Sandy Sanddal for her assistance and blessings of love, and to Kirsten Abrahamson and Alison Carroll from Home Instead for providing Elaine with much care and companionship. Services will take place Friday, July 20. Visitation is from 9 to 10:30 a.m., at Nickerson Funeral Home, 77 Eldredge Park Way, Orleans, MA, followed by a funeral Mass at St. Joan of Arc Church, 61 Canal Road, Orleans, at 11 a.m., and burial of ashes at Orleans Cemetery. Memorial donations may be made in Elaine’s name to the Alzheimer’s Association. For online condolences and directions, visit wwwnickersonfunerals.com.
See more See Less

In Memory of Elaine Mary Tierney