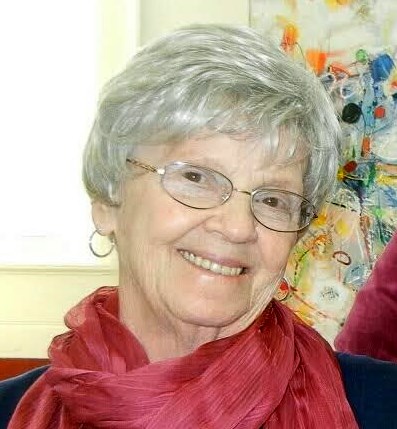 Elizabeth A. (Wesler) Norton, 83, of Orleans passed away peacefully with her family by her side on Sunday, January 15, 2017. Affectionately known as Bette, she is the beloved wife of the late Mark K. Norton. She is survived by her son, Mark and wife Gail of Cumberland, RI, grandchildren William and Erin, and several nieces and nephews. Bette was the loving sister-in-law of the late Michael and Patricia Norton, Joseph and Claire Norton, Thomas and Margaret Norton, and Paul and Patricia Norton. Aside from her family, Bette leaves behind a number of wonderful friends whose friendship and adoration for each other she truly cherished. Born and raised in Philadelphia, PA. Mrs. Norton was a Bookkeeper for the Burroughs Corporation for 20 years and met her husband of during a chance encounter between friends during a BC v. Miami football game in the autumn of 1965. They would remain together for the next 38 years. The Norton’s moved to Cape Cod in 1973 where they became Innkeepers and retired in 2002. Bette was known for her love of needlework, the Pennsylvania Dutch Country, and her trips to Ireland. Bette truly enjoyed was spending time with her grandchildren who she cherished, visiting Rock Harbor or going out to Nauset Beach in the midst of a coastal storm. A viewing will be held on Wednesday at 9:00AM at Nickerson Funeral Home, followed by an 11:00AM Mass at St. Joan of Arc church in Orleans. Burial with be on Wednesday at the Massachusetts National Cemetery in Bourne. In lieu of flowers, donations can be made to the Orleans Fire and Rescue Services, 77 Eldredge Parkway Orleans MA 02653. For online condolences, please visit www.nickersonfunerals.com.
See more See Less

In Memory of Elizabeth A. Norton