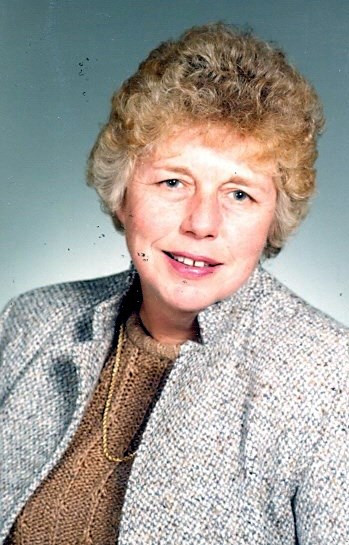 Sally Ann (Quig) Termyn of Eastham, Massachusetts, formerly of West Orange, New Jersey, passed away with family by her side on Sunday, January 15, 2017 at The Terraces, Orleans, Massachusetts, a nursing care center where she more recently resided. Born in Orange, New Jersey in 1934, Sally was the first child of Robert and Margaret Quig. As a girl, she grew fond of Eastham, its beaches and history while vacationing on Cape Cod with her parents and brother. She earned a history degree from Skidmore College in 1956 and was elected class president of the Skidmore Alumni Association. After working in New York City in the financial services industry and attending graduate school at Columbia University Teachers College, she married William N. Termyn, a commercial banker, and they relocated to the Chicago area where they raised a family. A spirited red-head, Sally had a dynamic personality and a vibrant intellect. She organized family road trips to over 40 states nationwide and was front seat tour guide and history lecturer as the station wagon, windows wide open, journeyed down interstates and back roads. Later, Sally restarted her career as an educator after completing her graduate teaching degree with a specialization in gifted education. She returned to New Jersey and devoted herself to teaching high school and advancing curriculum in underprivileged school districts. She was an unrelenting believer in everyone's potential and generously provided support and encouragement to countless high school students. Prior to retiring in Eastham, Sally continued her interests in culture and history by traveling with colleagues, friends and family to Europe, Asia, Israel and Mexico. Survivors include her brother, Robert H. Quig of North Palm Beach, Florida, son Peter N. Termyn and daughter-in-law Susan VanDenBerg Termyn of Medfield, Massachusetts, daughter Jennifer Termyn Lucas and son-in-law Thomas G. Lucas of Vernon Hills, Illinois, and four grandsons, Christian and Nicholas Termyn, and Willem and Patrick Lucas. Visiting hours are 10 to 11 a.m. Friday, January 20 at Nickerson Funeral Home, Orleans, followed by a memorial service at the funeral home at 11 a.m. For online condolences, please visit www.nickersonfunerals.com. In lieu of flowers, memorial donations may be made to Wild Care Cape Cod, 10 Smith Lane, Eastham, MA 02642, by phone at 508-240-2255 or online at www.wildcarecapecod.org. Please reference "In memory of Sally Termyn.” For online condolences please visit www.nickersonfunerals.com
See more See Less

In Memory of Sally Termyn