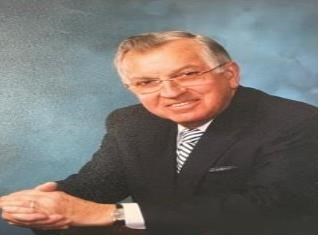 Anthony Charles Demos, 94, of Bryn Mawr, Pa passed away on March 8, 2021 in his home at the Beaumont Retirement Community in the presence of his wife Madge, his family and his caretakers. Born on October 5, 1926 in Philadelphia, the son of Helen and Charles Demos, Tony was a long-time resident of the Philadelphia suburbs, initially residing in the King of Prussia area, then moving to St David's and for the last 3 years living at Beaumont. He graduated from Northeast High School in Philadelphia, and completed his under graduate(chemical engineering) and graduate work at the University of Virginia. He enlisted in the Navy, was stationed in China, and married his first wife, Lorraine Henneberry, in Shanghai in 1947. Following discharge from the Navy, he worked at the Foote Mineral company, and subsequently formed the Chemalloy Company in 1960, leading it for over 56 years prior to his retirement in 2016. He was active in school and local organizations as his five children attended schools in the Upper Merion school system, and loved gardening, traveling, and remodeling homes in Merion Hills and Wayne. His greatest love though was his home of 50+ years in Ocean City, New Jersey, spending summers there with his wife, children, grand children and eventually great grand children. In addition to his parents, he is preceded in death by his first wife Lorraine, youngest son Jeffery, brother George, and grandson Bradley Perz. He is survived by his wife Madge, brother Charles(Connie), children Jack(Cathy), Steve, Sue(Jim), and Beth, grandchildren Lindsey(Rob)Kruljac, Emmet(Lara)Demos, Greg Demos, Kristi(Beyers) deVilliers, Erin Demos, Elise and Katelyn Perz, and his 11 great grandchildren. Funeral arrangements are pending. In lieu of flowers, donations may be made to Surgicorps International(www.surgicorps.org), National Ability Center(discovernac.org), and The Radar Project/A Child's Life(theradarproject.org)
See more See Less

In Memory of Anthony C. Demos